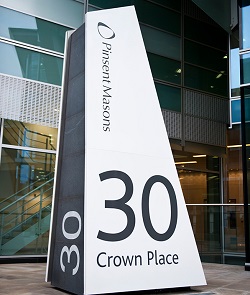 Pinsent Masons: Conduct ‘out of the norm’

A High Court judge has accused leading law firm Pinsent Masons of losing sight of “any basic standard of decent and compassionate behaviour” in the way it dealt with the surviving partner of a defendant its client was suing.

Mrs Justice Rose described a letter it wrote to another solicitor, who was acting for Nikolay Glushkov’s estate, as “shameful”.

Her comments came in PJSC Aeroflot – Russian Airlines v Leeds & Anor (Trustees of the estate of Boris Berezovsky) & Ors [2018] EWHC 1735 (Ch), in which the airline alleged that Mr Glushkov together with oligarch Boris Berezovsky – who is also now dead – misappropriated large sums of money from Aeroflot between 1996 and 1998.

The trial of what the judge called “these complex and acrimonious proceedings” was set down for 28 days, commencing on 10 April 2018. The timetable allocated four days judicial reading time followed by opening submissions and evidence due to start in court at 2pm on Monday 16 April.

Just before 5pm on Friday 13 April, however, Pinsent Masons, solicitors for Aeroflot, sought permission to discontinue its proceedings against all defendants.

In the ruling on costs, one of the issues she addressed was whether the claimant’s conduct of the proceedings was “outside the norm”.

On this basis, she said: “I have no hesitation in concluding that Aeroflot should pay the defendants’ costs of this litigation on the indemnity basis”.

One of the factors was the “aggressive pursuit” of Mr Glushkov and his estate. He died on 12 March 2018, having apparently been strangled to death. The Metropolitan Police’s investigation into his murder is ongoing.

“I should say it has not helped that Aeroflot subsequently has been extremely aggressive and unsympathetic in the way that it has dealt with them, particularly in correspondence questioning whether there was a will, questioning whether there were any creditors of the estate, in a completely unfeeling and unsympathetic manner, particularly given what has happened since with the discontinuance of the claim.”

Rose J said she agreed with this description of Aeroflot’s behaviour.

On 12 April 2018, the court appointed Subir Desai, a partner at Mayfair law firm Charles Douglas Solicitors, to represent the estate.

Mr Desai’s witness statement said it appeared that Mr Glushkov died intestate and that the estate was unlikely to be worth more than £250,000. He said the family was prepared for the estate simply to be bound by whatever the court decided following the trial.

Rose J said: “On 12 April 2018, Pinsent Masons wrote to Mr Desai a letter which I regard as shameful.

“They effectively berate Mr Trushin and Ms Glushkova through their solicitors for failing to come forward sooner, demanding an explanation ‘by return and in any event by noon tomorrow’ why they had left it ‘so late’ to make the application.

“The letter went on to ask many intrusive and hectoring questions.”

The judge continued: “The High Court is familiar with high-value litigation being hard fought with no quarter given on either side.

“But it is, fortunately, ‘out of the norm’ for a litigant and its legal representatives so to lose sight of any basic standard of decent and compassionate behaviour as to send a letter in those terms.

“It is all the more shocking given that it seems very unlikely that at the time the letter was drafted and sent, Aeroflot had no inkling that the next day it would serve a notice of discontinuance, abandoning all claims against Mr Glushkov’s estate.”

Finding for the defendants on the other ground they put forward too, Rose J said that a claimant who made serious allegations of fraud, conspiracy and dishonesty and then abandoned them, “thereby depriving the defendant of any opportunity to vindicate his reputation”, should normally expect an order for indemnity costs.

A spokesman for Pinsent Masons said: “For a number of years we have been assisting Aeroflot in pursuing a claim against various individuals and companies, alleging that a serious and complex fraud had taken place.

“While we regret any upset this process may unintentionally have caused, our sole objective has been to help our client discover the truth of these matters.

“Mr Glushkov’s tragic death has been truly saddening and Pinsent Masons has been sensitive to this during our subsequent conduct of the litigation.”