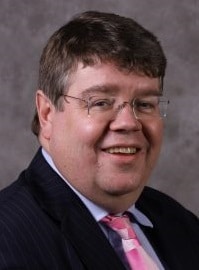 Coulson: Sheikh has lost all sense of proportion and judgement

The High Court has put a permanent stop to years of vexatious litigation pursued by a struck-off solicitor against the Law Society, Bar Council, senior judges and many others.

Further, she is prohibited from “issuing, acting in or conducting any claim, any application or any appeal in any proceedings in any court, on behalf of any party other than herself”.

Making the order, Lord Justice Coulson – the deputy head of civil justice – said he was initially concerned that the latter prohibition was too wide, with Ms Sheikh arguing that it might prevent her from obtaining employment.

But he concluded that, as she was no longer a solicitor, she could not appear as an advocate or conduct litigation business anyway.

“She will not be able to act as a McKenzie Friend because the whole purpose of the order is to stop her appearing in court without prior permission,” he added.

“On that analysis, there is therefore nothing relevant left in respect of which she could legitimately obtain employment, so no damage to her employment prospects can arise.

“Secondly, Ms Sheikh has shown herself to be adept at finding loopholes and in using other people’s claims as a vehicle for her own…

“I am in no doubt that, if the order did not include these provisions, including the words ‘acting in’, she would materialise in court, or behind the scenes in some guise or other, providing purported assistance to others in the hope that it will advance her own cause. That cannot be permitted.”

The judge noted that Ms Sheikh has been the subject of a civil restraint order since July 2009, but this “has not, however, lessened her enthusiasm for all forms of litigation”. The ruling listed 31 cases she has been involved in since 2005, which themselves made “references to a number of other judgments which could not be tracked down”.

The Attorney General acted after Mr Justice Jay referred the case to him last year, having extended the restraint order after an application by the Law Society.

Since engaging in lengthy litigation over a dispute between the solicitor and her mother, and a property developer, Ms Sheikh has launched numerous applications in the courts involving allegations against a large number of lawyers and top judges.

Coulson LJ said: “One of the many strands of this argument is that Briggs J (as he then was), one of the judges who dealt with the case in the autumn of 2007, was somehow involved in the perpetration of a fraudulent instrument.

“There is also an allegation that he impersonated both Ms Sheikh herself and a High Court judge and significantly enriched himself in the process.”

The night before the hearing, she sent an email applying for a hearing to commit the Attorney General and one of his lawyers for contempt, and that all matters be referred immediately to the Supreme Court and heard en banc.

Coulson LJ said: “In our view, the contents of the application notice would, if admitted, provide additional support for the view that Ms Sheikh has lost all sense of proportion and judgement in relation to her underlying historical complaints and will seek every opportunity to relitigate those matters, however inappropriate may be the occasion or the terms in which she seeks to advance her arguments.”

In a previous hearing, Ms Sheikh claimed her case raised “the most important question ever asked in the history of civilisation since the birth of time”.