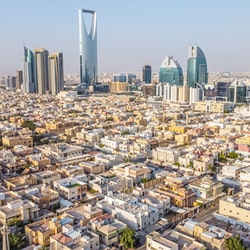 A former City solicitor was wrong not to return to a Saudi princess a $25m fund he had been managing for her over several years, the High Court has ruled.

Ronald William Gibbs – described as a former partner in a “well-known City of London law firm” – had from 2011 been managing the money, provided for Princess Deema Bint Sultan Bin Abdulaziz al Saud by her later father, under a power of attorney.

In 2018, there was a settlement agreement between Mr Gibbs and the princess’s business manager and legal representative, Salih Al Kholaifi.

Pursuant to this, Mr Al Kholaifi emailed Mr Gibbs a letter, signed by Princess Deema, requesting that he liquidate the investments he had made and transfer the money to an account in the name of her brother, Prince Khaled Bin Sultan Bin Abdulaziz Al Saud.

However, despite Mr Gibbs seeking more information on the account the money was to be sent to, nothing was transferred and the princess and her brother began legal proceedings.

Most of the fund was invested in three assets: a yacht, a property in Montenegro and a company closely controlled by Mr Gibbs.

His Honour Judge Mark Pelling QC, sitting as a High Court judge, said Mr Gibbs argued that “he was entitled, and perhaps even obliged, to continue to manage the fund” because he had “at least a realistic prospect of establishing that the letter was not an effective trigger”.

This was on the basis that it was not signed by the princess and/or the account identified did not comply with the requirements of the settlement agreement. Mr Gibbs suggested that Prince Khaled was trying to “intercept monies which had been earmarked” for the princess.

But HHJ Pelling described as “fanciful” Mr Gibbs’ suggestion that the princess’s signature was forged – there was no “positive evidence” to support this.

If the solicitor thought this was the case, “then he could and would have said so at the time”, not least because he would not have been able to safely make any payments under the settlement agreement.

“Not only did he not say so, but to the contrary, he sought details of the account ostensibly so as he could arrange for the liquidated proceeds of assets constituting the fund to be credited to it.”

Princess Deema’s evidence was that she signed the letter and knew what she was doing. Her solicitor, a partner at Quinn Emanuel, confirmed that her witness statement was prepared without any input from her brother.

The judge further rejected Mr Gibbs’ contention that the agreement required any payment to be made to an account in the princess’s name. The trigger, he said, was a letter signed by her, telling him to liquidate the investments and pay the proceeds into a specified bank account.

Mr Gibbs said he could not conceive “of any reason” why the princess would want the proceeds sent to account in her brother’s name. HHJ Pelling said: “With respect, that is not the business of the first defendant and it is wholly immaterial to the true construction [of the agreement].”

HHJ Pelling said he was “satisfied to the standard required for a summary judgment application that the obligation to commence a programme of liquidation had been triggered on receipt of the 25 April letter and that as and from that date, [Mr Gibbs] was required to credit the proceeds of that process to the designated account, being that referred to in the letter of 25 April”.

He went on to hold that Princess Deema was entitled to judgment for damages for breach of the settlement agreement, and suggested that her primary claim of breaches of duty against Mr Gibbs would be stayed.

The judge also ruled that all of the $2.5m cash held by Mr Gibbs at the date of the settlement agreement should form an interim payment.