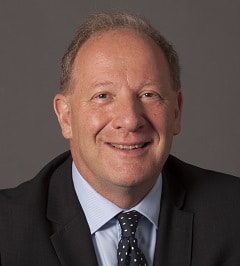 Spencer: Lack of integrity “not in the same category” as dishonesty

A High Court judge has criticised the Solicitors Disciplinary Tribunal (SDT) for “lack of clarity of thought” as it replaced a strike-off with a two-year suspension.

Mr Justice Martin Spencer said lack of integrity was “not in the same category” as dishonesty – an issue that has been debated by several judges in recent times – and “does not lead inexorably” to a solicitor being struck off.

“As the guidance makes clear, striking off may still be appropriate in the absence of dishonesty where the seriousness of the misconduct is itself very high and the departure by the solicitor from the required standards of integrity, probity and trustworthiness is very serious.”

However, he could not see that the “lack of integrity and probity” shown by Mark Lorrell was “even arguably at the highest level” such as to justify his striking off.

The High Court heard in Lorrell v SRA that Mr Lorrell, called to the Bar in 1999 and admitted as a solicitor in 2003, was formerly managing partner of City firm Lorrells. The firm was wound up in 2015 by way of a creditors’ voluntary liquidation.

Mr Lorrell was instructed by Amanda Clutterbuck in August 2011, in connection with “proposed litigation arising out of property dealings in London”.

Ms Clutterbuck entered into two conditional fee agreements with Lorrells in October 2011, but needed to “secure funding for the litigation” and Mr Lorrell introduced her to one of his clients, Shoprite Limited.

Martin Spencer J said Ms Clutterbuck agreed to accept a £300,000 loan from Shoprite in May 2012, secured against shares she owned in a Jersey property company, called Kiloran.

The loan agreement stated that Lorrells was acting for Shoprite on the loan and that it could not advise Ms Clutterbuck on it, and that she had been advised, but declined, to take independent legal advice.

Ms Clutterbuck “fell out” with Mr Lorrell early the following year, because the loan had not been repaid and Shoprite was proposing to “foreclose” on its security.

She terminated her retainer with Lorrells in April 2013. Shoprite launched proceedings for the recovery of the loan in July.

Martin Spencer J said that Ms Clutterbuck’s property litigation ended with a “disastrous” judgment from Mrs Justice Asplin in February 2014, in which Ms Clutterbuck was criticised by the judge for the poor quality of her evidence.

In 2016, in a separate matter, the SDT imposed a three-month suspension on Mr Lorrell and ordered him to pay £35,000 in costs for permitting the use of his client account as a banking facility and acting with a lack of integrity in doing so.

After a complaint by Ms Clutterbuck to the SRA, Mr Lorrell faced the tribunal against last July. It found he had accepted instructions from Shoprite where they were in conflict with the interests of Mrs Clutterbuck, and in doing so had failed to act with integrity.

Martin Spencer J rejected three grounds of appeal put forward by Mr Lorrell but said that there were “aspects to the decision of the SDT on sanction which indicate a lack of clarity of thought on their part in relation to this particular appellant”.

In particular, a letter sent by Ms Clutterbuck to Kiloran showed that was “fully aware of the risks she was running” by entering into the loan agreement and “despite her appreciation of those risks” was “cajoling” Kiloran to complete the security agreement.

“She recognised that she was at risk of losing the properties which formed the security if she failed to repay the loan and she recognised the obligations which she was taking on.”

The judge said he could see “no basis” for the SDT’s finding that Mr Lorrell “caused harm” by failing to ensure that Ms Clutterbuck had independent legal advice.

“From reading all the various letters and statements made by Ms Clutterbuck, there is no doubt in my mind that, had she had any misgivings about entering into this loan agreement without obtaining such advice, she would have demurred and would have raised objection.”

Further, the evidence was “almost overwhelming” that the loan agreement was entered into on 20 June 2012, as Mr Lorrell asserted, and not 23 July 2012, as the SDT found.

The judge said the SDT had made a judgement about the seriousness of Mr Lorrell’s misconduct on a “wrong or false basis” which more than justified interference with the sanction.

He concluded that “no reasonable tribunal” could have concluded, on the basis of the facts and circumstances which existed in June/July 2012, that Mr Lorrell’s conduct was “at the high end of lack of integrity” to necessitate a strike-off.

“The appellant had not had an opportunity to learn from the previous finding of the SDT because the events in question predated that tribunal’s decision.”

Martin Spencer J allowed the appeal and replaced the strike-off with a two-year suspension to run from the date of Mr Lorrell’s tribunal in July 2018. He upheld the order requiring the solicitor to pay costs of £35,700.