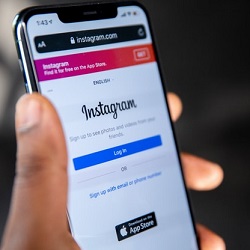 A High Court judge has criticised the Solicitors Disciplinary Tribunal (SDT) for taking it upon itself to issue “sweeping anonymity orders” in respect of all the third parties in a case about a solicitor’s social media posts.

“Courts and tribunals should not be squeamish about naming innocent people caught up in alleged wrongdoing of others,” said Mr Justice Kerr.

“It is part of the price of open justice and there is no presumption that their privacy is more important than open justice.”

The SDT anonymised “two complainant firms of solicitors, relevant individuals employed by them and, for some reason, a barrister and an expert witness whose roles were not particularly controversial”, he recounted.

It did this of its own accord, without any application from those concerned. However, the tribunal refused the accused solicitor Linda Lu’s request that her identity be withheld too. She was ultimately cleared by the tribunal.

The judge named the firms and various individuals redacted by the SDT with the exception of three people working at the firms.

Kerr J said he reached this conclusion “not without hesitation”.

He said he found the appeal “difficult”, explaining: “It shows the problems we are experiencing in our justice system with the notion of open justice. We repeatedly stress its importance, yet increasingly undermine it by the creeping march of anonymity and redaction.

“Parties, witnesses and ordinary workers – for example, a case worker at the SRA in this case – are routinely anonymised without asking the court or giving the matter much thought.

“A common misconception is that if the identity of a person in legal proceedings is not directly relevant, there is no public interest in that person’s name being known. The justice system thrives on fearless naming of people, whether bit part players or a protagonist.

“Open reporting is discouraged by what George Orwell once called a ‘plague of initials’. Clarity and a sense of purpose are lost. Reading or writing reports about nameless people is tedious.”

He said he found the SDT’s ruling difficult to follow for simply referring in places to ‘the witness’ and not even their initials.

Ms Lu had worked as an associate in the London offices of US firms Cadwalader Wickersham & Taft and Pillsbury Winthrop Shaw Pittman.

Cadwalader terminated her employment in 2017 – it said for performance reasons, she said it was because of harassment by a partner whom she threatened to report.

Her subsequent employment by Pillsbury “did not go smoothly” either. She raised grievances which were not upheld – one after investigation by an independent barrister, Judy Stone.

In June 2018, Ms Lu posted on her Instagram account an image of the rear end of a corgi dog. Kerr J said: “As edited in the tribunal’s decision, it was economically rendered as follows: ‘Ever want to kick someone’s c*** in so bad?! # diebitchdie f****** fat [name] Corgi can suck my d***.’

The redacted name was also the first name of a Pillsbury partner who had complained that Ms Lu had refused to carry out work.

The SDT ultimately found unproved the allegation that Ms Lu had intended the corgi post to refer to the partner. The Solicitors Regulation Authority (SRA) did not dispute that Ms Lu had been bitten by a dog that day.

In August and September 2018, two posts appeared on Ms Lu’s Instagram account that were “deeply offensive” and threatening to the Cadwalader partner she had accused. But the SDT held that the SRA could not prove Ms Lu was their author; she claimed she was hacked.

Had she written them, Kerr J said, they “would without question have amounted to serious misconduct”.

He recounted that the SDT criticised the quality of the evidence the SRA had deployed against Ms Lu.

Ms Lu eventually left Pillsbury in 2019 after signing a settlement agreement that provided six months’ pay in lieu. Pillsbury made no admission of liability.

Though there was no appeal against the SDT’s decision to sit entirely in private, Kerr J said the hearing should have been held mainly, if not wholly, in public. “It appears from the judgment that sitting in private was convenient rather than necessary.”

The test for the SDT sitting in private – exceptional prejudice or hardship – “is out of tune with the common law principle of open justice” as well as the case law on balancing respect for private life and freedom of expression.

“I hope the issue and the rule will be looked at again to avoid further difficulties of the kind that have arisen in this appeal,” the judge said.

He held that the SDT was right to reject Ms Lu’s request that her identity, employment history and Instagram account be anonymised.

The reasoning of the Divisional Court in the 2016 case Spector – when it overturned an SDT decision to grant retrospective anonymity to a solicitor who had only been found guilty of a technical rule breach – “weighed heavily against doing so”, the judge explained.

“While Mr Spector was found to have committed one minor act of misconduct of a venial or technical kind, he was in substance acquitted; and that was not enough to defeat the claims of open justice.

“The same reasoning applies here. The tribunal’s reasoning was not fully articulated but it was right not to accept the proposition that the Spector reasoning should be ignored because of the likely impact of the publicity on Ms Lu’s future career, or because she is a female relatively junior lawyer who had made allegations including some of sexual harassment.”

Similarly, details of the allegations made by and against Ms Lu important for context. Kerr J said: “It is commonplace for domestic and other tribunals to hear evidence about and write judgments about unadjudicated allegations and counter-allegations. They are not exceptional and should not readily lead to derogations from open justice.”

In relation to all the other parties, the SDT was concerned to protect “persons who were not present to defend themselves”, namely those against whom allegation of sexual harassment may be made but would not give evidence.

But there was no explanation of why the firms, Ms Stone and an IT expert called by Ms Lu were anonymised as well, Kerr J said.

He continued: “The chairman did not conduct a fact specific evaluation bringing intense focus to the factual position of the third parties and their rights under article 8 [right to a private life]. He merely mentioned their absence from the hearing.

“The SRA had brought its case without calling the absent witnesses the tribunal took it upon itself to protect. They could have attended or been called as witnesses.

“The chairman did not make any clear findings that they would suffer exceptional hardship or prejudice if identified. Nor did he analyse why the reasoning in the Spector case should not be applied to accusers as well as accused, at any rate where the accused is acquitted.”

There was, Kerr J continued, no good reason not to name the firms or individuals who were “properly doing their jobs”.

It was “particularly unfortunate” that the tribunal both granted Pillsbury anonymity and went on to criticise the investigation it carried out.

“That gave the impression of favour, according to Pillsbury the luxury of anonymity and shielding the firm from publicity despite the criticism.”

He said naming the firms and people in his judgment sufficed without the need to grant further relief.