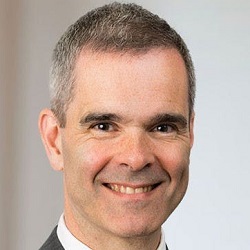 The High Court has ruled that the Bar Standards Board (BSB) made “unjust and unsustainable” decisions in refusing a Bar student’s application for an exemption from the vocational element of his training.

It was made worse by the fact that it was the regulator’s own mistakes that put him in this position by forcing him to quit the Bar professional training course (BPTC) before he had completed it.

Mr Justice Griffiths also criticised the regulator’s approach to the litigation, indicating that he was minded to award indemnity costs in favour of Ryan Eve.

Mr Eve, who is from the Bahamas, began his studies as a distance learner on Nottingham Trent University’s LLB course before transferring to the in-person LLB at Northumbria University, which he graduated from in 2014 with a 2:2.

He then began the BPTC – the vocational element of his training – at Northumbria.

However, in March 2015 – when he had already passed three of his final exams – the BSB told Mr Eve that it did not accept the credits from his distance learning with Nottingham Trent had been transferred adequately to Northumbria and so he had to leave the BPTC “with immediate effect”.

Griffiths J noted: “Nothing in the papers explained why the BSB was not satisfied; or what steps it took to check the position before compelling Mr Eve to end his studies (for which he had been paying a total of $25,000 per annum) just short of the finishing line. Nor was the BSB able to clarify that point in answer to questions during the hearing.”

The BSB refused Mr Eve’s pleas to investigate further and he returned to the Bahamas in April 2015, only to be told by Northumbria nearly a year later that it had decided his credits were in order after all, a decision confirmed by the BSB in June 2016.

“It had all been a mistake – for which Mr Eve was in no way responsible,” Griffiths J said. “The BSB had ignored Mr Eve’s warning to them that it was a mistake, and had refused to do anything to investigate or correct it (despite Mr Eve’s pleas to them).”

In late 2019, Mr Eve, who has been working for a senior counsel in the Bahamas, applied to the BSB for an exemption from the vocational stage.

This was refused by a senior authorisation and supervision officer, a decision upheld by a panel of the BSB’s Independent Decision-making Body (IDB).

Mr Eve challenged the decisions and Griffiths J found that the original decision “effectively provided no reasoning at all”.

He said: “It listed the materials which had been provided but did not engage with them in any way. The list could have been written by someone who had not read the documents. There was certainly nothing in the original decision to demonstrate that the author had read them.”

He rejected the BSB’s suggestion that it was under no general obligation to give reasons, both because it was discharging a quasi-judicial function and “as a matter of general principle”.

The judge said: “His was not a gratuitous application; it had been forced on him by a misfortune, indeed an injustice, for which he was not responsible, namely the incorrect decision to prevent him completing his BTPC in the first place.

Griffiths J pointed that the BSB could have granted a partial exemption or identified gaps in the application Mr Eve could fill.

“Better still, it could have specified how they could be filled, perhaps by imposing a condition. An all or nothing approach was consistent neither with the rules nor with past practice nor with fairness, justice and common sense in Mr Eve’s case.”

The review decision, he went on, “doubled-down on the reasons in the original decision and added nothing to them, although it was a separate decision. It therefore failed to remedy the lack of reasons in that decision”.

If anything, the judge said, the review decision was “even more defective” because the anonymised panel that produced it had the benefit of Mr Eve’s criticisms of the original decision but did not address them at all.

“The failure to provide adequate reasons in both the original decision and in the review decision was a serious irregularity which rendered both decisions unjust and unsustainable, with the result that the appeal will be allowed,” Griffiths J said, remitting the case for fresh determination by the BSB.

He criticised the BSB for “simply” relying on the reasons in the original decisions during the appeal and not, for example, producing evidence from any of the decision makers or addressing the criticisms made by Mr Eve.

He concluded: “Good reasons may not cure the disappointment, but they may cause the disappointed party to accept the outcome. If that had happened in this case, the High Court proceedings might not have been necessary at all.

“This may have implications, not only for the incidence of costs, but for the basis upon which they should be assessed.”

A BSB spokesman said: “The judgment identifies lessons from which we can learn and we will be reflecting on those over the coming weeks.”