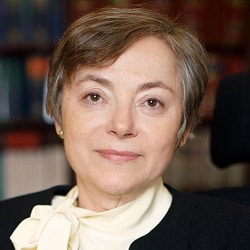 Dame Victoria Sharp, president of the Queen’s Bench Division, said the court gave “very careful consideration” to referring the law firm to the Solicitors Regulation Authority (SRA) for its “significant abuse” of the urgent application procedure.

In deciding not to, Dame Victoria said the court accepted the apologies of the lawyers, and concluded it was sufficient “for the court’s disapproval of what happened to be marked by this public judgment”.

She said counsel for Duncan Lewis, Stephanie Harrison QC, and Toufique Hossain, the solicitor responsible for the JR claims and director of the firm’s public law and immigration departments, had accepted responsibility.

Dame Victoria said Ms Harrison expressed “regret” that the court needed to order a Hamid hearing – a hearing in public law claims where judges believe lawyers have broken court rules – during the pandemic.

Mr Hossain expressed “profound regret” for his failures and those of Duncan Lewis, and said training and procedures had been put in place to ensure such failings did not occur again.

He annexed to his witness statement a training note produced for all solicitors working in public law at Duncan Lewis.

In a pre-hearing submission to the court, Ms Harrison said: “Counsel wish to make it clear that responsibility for this matter cannot be properly attributed to Mr Hossain alone.

“The preparation of the claim was a collective endeavour for which counsel, including leading counsel must and do take joint responsibility.”

Dame Victoria said: “It is essential that the court can have confidence in the thoroughness and objectivity of practitioners, solicitors and counsel, who make urgent applications in the Administrative Court.

“This application was a significant abuse of the procedures made available for urgent applications in the Administrative Court and should never have been made.

“Moreover, the claimants’ legal team seem to have misunderstood or to have overlooked their duty to make full, fair and accurate disclosure of all material information to the court; and in consequence, they failed to comply with their obligation of candour.

“The court will not tolerate the abuse of its process, and will not hesitate to refer those who do so, to their professional regulators. We have given very careful consideration to doing so here.”

Delivering judgment with Mrs Justice Tibbles in R (on the application of DVP and others) [2021] EWHC 606 (Admin), Dame Victoria said each of the six claimants in the judicial reviews against the Home Office was an asylum seeker who had one point been accommodated at Penally Camp in Pembrokeshire, a former military barracks or training site owned by the Ministry of Defence and used to accommodate asylum seekers not in detention.

Duncan Lewis, in a pre-action protocol letter to the Home Office in October 2020, requested that their clients be transferred out of the camp to other accommodation.

The letter also asserted that all asylum seekers there should immediately transferred to suitable asylum accommodation.

By the time the judicial review claims were issued on 26 November 2020, the six claimants had been transferred out of the camp.

When the urgent application by Duncan Lewis for interim relief and expedition was heard and refused by Mr Justice Swift on 30 November, five of them had been transferred out of Penally Camp four weeks before and the other one a week before.

Swift J said it was “fallacious” for the claimants to contend that they were bringing the claims on behalf of others who remained at the Camp. He said the urgent application should be considered under the Hamid jurisdiction.

Dame Victoria said an urgent application for interim relief at this time was “utterly hopeless and bound to fail”.

She said Duncan Lewis was not instructed by “all the people at Penally Camp” and could not act without instructions.

“This is fundamental. The court relies on the integrity of solicitors and counsel complying with their professional obligations, including that they act only on the instructions of those clients they represent.”

There was also “no excuse” for the firm not mentioning in its application the fact that the clients had been transferred from the camp or the fact that it was not instructed by others there.

Duncan Lewis issued a press release yesterday, the day the ruling was published, welcoming the government decision to close the Penally Camp next week.

It said that, to date, the firm has secured the transfer of 51 “highly vulnerable” clients out of the camp.