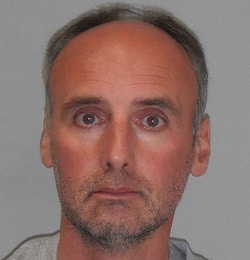 Farrimond: Present own case via video link with “no little skill”

It is “beyond argument” that a solicitor sentenced to any substantial term of imprisonment should be struck off, the president of the Queen’s Bench Division said yesterday.

Sir Brian Leveson made the remarks as the High Court overturned a Solicitors Disciplinary Tribunal decision to impose an indefinite suspension on former senior Crown prosecutor Iain Farrimond, who was imprisoned for six years for the attempted murder of his wife.

Mr Justice Garnham, giving the main ruling of the court [1], said such a sanction undermined public confidence in the profession. The “only appropriate sanction” was to strike off Mr Farrimond.

Sir Brian said: “It is simply inconceivable that a prisoner, serving a sentence of six years’ imprisonment, should be able to describe himself as a solicitor and officer of the court albeit suspended from practice.

“Furthermore, the work of a solicitor, in whatever field he or she practises, inevitably involves a degree of stress and the public must be able to expect that those whom they consult are not so susceptible to mental ill health that they are at risk of behaving as Mr Farrimond did, however difficult the work might become.

“Before being restored to the roll, it will be necessary for Mr Farrimond to provide the clearest evidence of recovery such that such an assurance in that regard can be accepted.”

Last September, the tribunal said [2] that the severe depression Mr Farrimond had been suffering at the time of his offence – which led to the reduced prison sentence – also constituted “wholly exceptional” circumstances to depart from the usual sanction of a strike-off.

It said there was “a realistic prospect” that he could recover from his ill health, “respond to retraining” and eventually return to practice.

Garnham J said: “I share the tribunal’s optimism that this might be possible, although such predictions are fraught with difficulty and considerable care would have to be taken to ensure that whatever Mr Farrimond chose to do, he was not subjected to stress which might again cause serious mental illness.”

Garnham J agreed with the SRA’s argument that if Mr Farrimond did recover, it would be open to him to apply for his name to be restored to the roll.

Representing himself at the High Court, Mr Farrimond gave evidence by video link, adding to the written evidence he had submitted, and Garnham J praised him for developing his arguments with “moderation and no little skill”.

The solicitor argued that the presence of “truly compelling personal mitigation” and the “realistic prospect” that he would recover from his illness entitled the SDT to find that the circumstances of his case were “wholly exceptional” and an indefinite suspension was justified.

Garnham J said “the focus of a professional disciplinary body’s attention has to be on the need to maintain public confidence in the profession; this is different from that of a criminal court determining sentence”.

During his trial, “powerful mitigation” was advanced on Mr Farrimond’s behalf but “that did not alter the character of the offence itself. There was no question of his suffering a defect of reason due to disease of the mind such that he did not know the nature or quality of his act or that it was wrong”.

Referring to the seminal ruling on sanctions for solicitors’ misconduct by Sir Thomas Bingham in Bolton v Law Society, Garnham J said: “The need to maintain among members of the public ‘a well-founded confidence that any solicitor they instruct will be a person of unquestionable integrity, probity and trustworthiness’ is the paramount consideration for the tribunal and this court.”