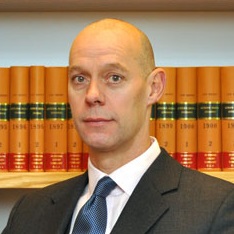 The High Court has taken the unusual step of allowing a Hong Kong media company to be represented in court by its in-house lawyer in a $213m contract dispute after its external solicitors withdrew.

Mr Justice Fraser said the skeleton argument served by PPLive Sports International (PPL) in its dispute with the FA Premier League showed “a high level of legal analysis” and suggested there would be “no disadvantage”.

He went on: “It is not usually (or ever) advisable for parties to represent themselves in the type of litigation habitually conducted in the Business and Property Courts, including the Commercial Court. It does, however, happen, but only very occasionally in the specialist QB lists.”

Fraser J said “specific discouragement” was given to companies to represent themselves in the Commercial Court Guide, which made it clear the “complexities of cases” made representation by an employee “particularly unsuitable” and permission would only be given “in unusual circumstances”.

Fraser J said PPL – being sued for unpaid instalments of its contract to show Premier League football – had been represented by US litigation giant Quinn Emanuel Urquhart & Sullivan until November 2021, three weeks before the hearing of the summary judgment application.

It came off the record after PPL “failed to pay a substantial amount of outstanding legal fees due to them, despite an instalment plan having been agreed”.

Delivering judgment in The FA Premier League v PPLive Sports International [2022] EWHC 38 (Comm), Fraser J said that although he agreed a week before the hearing that Zuo Jia and David Ran, in-house lawyer and commercial rights manager respectively at PPL, could represent the company, “encouragement was given to PPL to seek to obtain English-based solicitors and English qualified counsel, and it was suggested that sufficient time remained before the hearing for this to be done”.

The judge said the skeleton argument served by PPL and signed by Ms Zuo “demonstrated a high level of legal analysis” and “both Ms Zuo and Mr Ran have a high standard of English”.

The skeleton had shown that PPL could deal with the complexity of the issues, “which gave the court in this instance some comfort that no disadvantage would be experienced, by any party” by allowing its in-house lawyers to act – it was better than having the summary judgment application unopposed.

He went on: “I was confident that no particular disadvantage would be caused to PPL by its not having separate solicitors and/or counsel, but even if there were, that is something that PPL would have brought upon itself.”

This was also why he had refused at the same preliminary hearing an application by PPL to adjourn the summary judgment hearing so it could compile evidence and instruct alternative solicitors.

All the evidence needed had been served by then and “the evidence suggested that PPL had intended to represent itself (rather than instruct alternative solicitors) from before the issue of the application by Quinn Emanuel”.

The judge added: “Seeking time to instruct an alternative firm seemed to me to be a device to buy time.”

In any event, Ms Zuo made her oral submissions at the hearing “with some skill” and his conclusion there was no disadvantage to PPL was “reinforced”.

He added that the permission given to PPL’s in-house lawyers to represent the company only extended to “consequential matters” before him and not to any potential appearances at the Court of Appeal.

“The Court of Appeal should not be burdened with representations argued by employees without consciously deciding for itself whether to permit this.

“It is one thing for PPL to be represented by its employees before the High Court; it is quite another for that to occur before the Court of Appeal.”