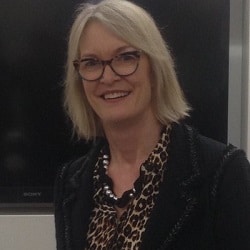 The government is set to finally make good on its pledge to make the directors of companies which make unsolicited nuisance calls personally liable if their firm breaks the law.

The announcement yesterday generated big tabloid headlines, but in fact the Department of Culture, Media and Sport (DCMS) made the same one more than 18 months ago but did not act on it.

As it stands, only the businesses themselves are liable for fines of up to £500,000 by the Information Commissioner’s Office (ICO), and DCMS said some directors tried to escape paying penalties by declaring bankruptcy – only to open up again under a different name.

DCMS said the proposal in the consultation issued yesterday would mean that directors themselves could also be fined up to £500,000.

The ICO revealed last week it had recovered just 54% of the £17.8m in fines it has issued for nuisance calls since 2010 have actually been recovered, as companies go into liquidation to avoid them.

Margot James, the minister for digital and the creative industries, said: “For too long a minority of company directors have escaped justice by liquidating their firms and opening up again under a different name.

“We want to make sure the Information Commissioner has the powers she needs to hold rogue bosses to account and put an end to these unwanted calls.”

Legal Futures has been told that this was held up by last year’s General Election, after which the move was further delayed so that the Data Protection Act 2018 – which received royal assent just last week – could be put into place.

It is not clear why a consultation is considered necessary now when it was not previously.

The Financial Claims and Guidance Act 2018, which received royal assent earlier this month, allows for a ban on cold calling in relation to claims management services through except where the receiver has consented to such calls being made to them.