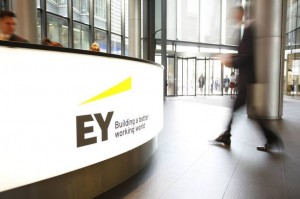 The prospect of the ‘big four’ accountants challenging the City status quo moved up another notch today after EY hired a senior lawyer to build a “legal capability” in the UK.

In a statement, EY said: “We can confirm that EY has appointed Philip Goodstone, who will be joining the firm as a partner in September. The appointment has been made with a view to building a legal capability for EY in the UK, subject to regulatory approval, which would complement the firm’s existing service offerings.”

EY declined to confirm whether or not it is making an ABS application, although the reference to “regulatory approval” would suggest that it is.

Mr Goodstone specialises in advising clients with significant real estate assets on major corporate transactions and has a particular focus on Malaysian clients.

This will not be EY’s first venture into legal services in the UK. In 2000 City firm Tite & Lewis – which had originally been set up in association with Coopers & Lybrand, as it then was – relaunched as the ‘correspondent’ law firm of EY.

However, the arrangement came to an end in 2004 and Tite & Lewis merged into Lawrence Graham.

EY already has legal operations elsewhere around the world and says on its website that the legal practice is “undergoing global expansion”.