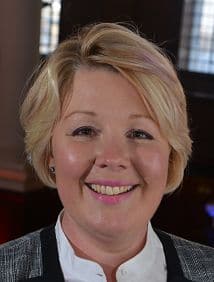 Law firms that switch regulator should not be forced to buy six years of run-off insurance cover, CILEx Regulation has argued in a report for the Legal Services Board (LSB).

In the report, published today, CILEx Regulation called on the LSB to direct regulators to review their arrangements and work together to resolve the issue.

Helen Whiteman, chief executive of CILEx Regulation, told Legal Futures that only firms which were actually closing should have to buy run-off cover.

“It’s a bit like switching banks,” she said. “The firm is still operating in the same way as before, and consumers might not notice the difference.

“Our view is that there needs to be choice for consumers, along with transparency to make sure they are protected. The Legal Services Act is there to promote competition and having more than one choice of regulator is an opportunity to promote innovation. This is an issue for all the regulators – not just for us.”

Ms Whiteman said the legal regulators could sign a memorandum of understanding to deal with the problem, but in the meantime CILEx Regulation was prepared to take the lead in changing its rules.

The report cited the example of Cambridgeshire private client specialists Wills Jacobsen Legal, which switched to CILEx regulation this year from the Solicitors Regulation Authority.

Owner Clare Wills was quoted as saying: “In the end we bit the bullet and made the change knowing it was the right thing for our business – but if this additional burden hadn’t been there, it would have made the switch quicker, simpler, and cheaper.

“There would also have been additional funds to market the business as a new entity. After payment of run-off these funds were not available.”

In another example given in the report, a law firm which switched regulators, cutting its annual indemnity premium from around £5,000 to £3,000, would face a bill for almost £13,000 for run-off.

CILEx also asked six leading indemnity insurers what their approach to run-off cover would be for firms switching regulators.

The research showed that, rather than being charged the full 600% of annual premiums for the six years of run-off, firms were more likely to pay an extra 315%.

John Kunzler, senior vice president of the Financial and Professional Practice at Marsh, said: “Although the premium as a CILEx entity is lower, the amount of the reduction appears insufficient to make it practical to fund the cost of the change out of cash-flow, for example, from the premium reductions over approximately three years.

“From the costings obtained it appears it would be approximately seven years before overall savings are achieved from making the change, and in the short term the run-off premium is a significant expense.”

Ms Whiteman said it was “partly thanks to this issue” that CILEx Regulation’s progress as a regulator of entities had been so slow this year, currently regulating only two firms, with several applications in the pipeline.

She said that 15 chartered legal executives had obtained independent practice rights, with 30 currently being assessed.

She added that CILEx Regulation was hoping to submit its application to the LSB to regulate alternative business structures next month.