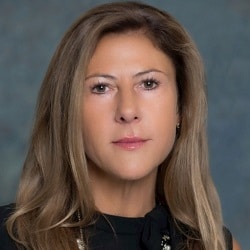 An alternative business structure (ABS) has been launched by a hedge fund-backed business that finances debt recovery litigation, with ambitious plans for expansion in the next couple of years.

The aim is to become the “biggest and the best” commercial debt solutions provider, its head of legal practice (HOLP) told Legal Futures.

Azzurro Law, which will employ lawyers and paralegals to pursue debts and handle litigation, is owned by Azzurro Associates, whose parent company is Elliott Management, which describes itself as the fourth biggest hedge fund in a the world, with $34bn under management.

Based in Manchester, the new firm’s HOLP is solicitor Karen Savage, who was an equity partner and head of commercial recoveries at national firm Shoosmiths. She currently heads a team of 12 paralegals.

The Solicitors Regulation Authority approved the ABS licence in June. By the end of this year, Ms Savage expects to expand her team to 20 and double it to 40 employees by the end of 2021. Next month, the firm will launch a website.

She said: “The structure of the firm will be a mixture of lawyers dealing with defended and insolvency claims and paralegals dealing with the routine recoveries work.”

Azzurro Associates has a panel of 16 law firms and debt collection agencies servicing the more than 700,000 accounts it runs.

The ABS will handle a steadily growing proportion of the work flowing from an expanding portfolio of ‘delinquent non-performing loans’ and also work directly with clients who have commercial debt needs.

Ms Savage acknowledged that it was “strange timing”. When the firm was conceived, it was unexpected that so many businesses would be struggling with the financial disaster that has been wrought by Covid-19.

Recovering debt in the circumstances would have to be handled sensitively, but in the end many companies had no choice but to pursue creditors because not do so might mean their own failure, she said.

Azzurro could help businesses because it had the capital behind it either to buy their debt recovery and pursue it through the court process, or fund legal action, which was good news for companies that were “strapped for cash” – having been left with debts owed to them by customers, perhaps amounting to hundreds of thousands of pounds.

All they would be liable for, if successful, was a commission payable to Azzurro, she pointed out.

While litigation funding is available for high-value insolvency matters, it does not exist for basic unpaid debt invoice claims.

Ms Savage said that, while a number of big law firms offered commercial debt recovery services to existing clients, it was a low-margin activity and not a core service.

By contrast, she said, the new law firm would offer a range of scalable solutions to large corporations, backed by capital that could help solve some of their problems.

Azzurro was also proposing, she added, that key data valuable to commercial lenders should be captured, such as personal loan guarantees given by company directors.

A register – or searchable database – of personal guarantees would inform lenders whether more than one loan simultaneously had been guaranteed by an individual, a practice known as ‘personal guarantee stacking’.

This information is not currently gathered centrally and tends to come to light only after default.

She cited a director who had seven companies with slightly different names, with revenues flowing only to one to which no loan was attached. Company directors were “entrepreneurial by nature” and creditors had to keep themselves informed.