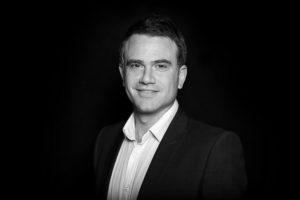 A boutique London sports and entertainment law practice has converted to an alternative business structure (ABS) just three months after launching itself, with the aim of being more “nimble” in future.

The ABS received its licence from the Solicitors Regulation Authority earlier this month. Partner Dan Lowen is head of legal practice and of finance and administration.

Mr Lowen, formerly a partner at Couchmans,  launched the firm with fellow senior Couchmans colleagues Fraser Reid and Dan Harrington and ex-Keystone Law partner Morris Bentata, who is also a director of the British Association for Sport and Law.

Mr Lowen and Mr Bentata were previously solicitors at Bird & Bird together. When Level Law launched, it made a virtue of its lack of junior lawyers and back-office staff, which it said meant it had “none of the constraints and overheads associated with traditional private practice”.

Mr Lowen told Legal Futures he hoped other senior solicitors from sports, media and entertainment would join Level: “We are structured as a new, streamlined law firm so the aim is to provide a platform for… lawyers who are of a sufficient level of expertise and seniority [and] who want… to service clients without the constraints and distractions of a traditional legal practice.”

He said that along with world-renowned sportspeople in a “stellar client base”, the firm had as clients “a host of world governing bodies, sports federations, national federations, rights agencies, leagues, clubs, teams, and sponsors”.

He added that Level’s offering was “nimble” compared to traditional law firms which had “sizeable fixed costs”.

The ABS would give flexibility, he said: “We felt it was the right regulatory basis on which to move forwards, being able to act swiftly in the future should the need arise.”