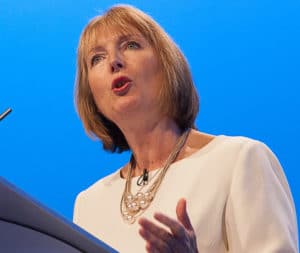 A former Solicitor General has contrasted government pressure on the Solicitors Regulation Authority (SRA) to prosecute human rights firm Leigh Day with its hands-off approach to solicitors criticised by Parliament for advising companies on tax avoidance.

In an open letter to the Attorney General, Jeremy Wright QC, solicitor Harriet Harman – who was Solicitor General in the Blair government and twice briefly Leader of the Opposition – criticised the government for “undermining the rule of law” by pressurising the SRA to “deter solicitors taking action on behalf of clients claiming that the government had breached their human rights”.

She continued: “It is telling that while the government is quick to inveigh against solicitors who take action against them for breach of human rights they have been wholly silent and have respected the independence of the SRA in respect of the absence of any disciplinary action against the solicitors who, as the Public Accounts Committee [PAC] pointed out, were complicit in advising companies about highly dubious evasion of millions of pounds of tax.”

However, a PAC report in 2013 talked about avoidance, not evasion, saying: “Major banks, accountancy firms and leading lawyers all play their part in supporting and advising on tax avoidance schemes. The government should examine ways to combat this.”

In January 2017, tough sanctions on lawyers and other advisers who enable offshore tax evasion came into force, meaning they face fines of up to 100% of the tax they help evade and being ‘named and shamed’.

Last month, Martyn Day, two of his colleagues and his firm were exonerated in the longest and most expensive case brought in the history of the Solicitors Disciplinary Tribunal (SDT). Correspondence between the Ministry of Justice and the SRA was disclosed during the hearing after a defence application.

Ms Harman, who wrote in the letter that she gave the SDT a testimonial in support of Mr Day, said: “Of course there has to be regulation of the legal profession… but it is crucial that the enforcement of professional standards is independent of government and certainly that the government doesn’t seek to pressurise the SRA to take disciplinary action which the government sees as in its own interests…

“Where the government is a defendant it should represent itself in court rather than seek to denigrate solicitors who take action on behalf of clients against the government.”

She highlighted “totally unacceptable” comments made by both the defence secretary, Michael Fallon, and the former prime minister, David Cameron, about Leigh Day.

She demanded to know whether Mr Wright had raised the issue of the disciplinary case with cabinet colleagues.

She also asked if he supported her view that emails from the MoJ were “wholly inappropriate and designed and perceived to subject the SRA to pressure”. She called for them to be published.