Hanging on the telephone? You must be calling the SRA 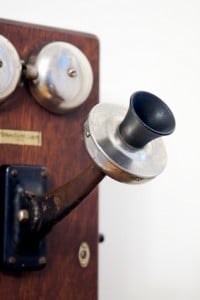 Just 17% of the 71,000 calls made to the Solicitors Regulation Authority’s contact centre in the first quarter of 2013 were answered within the service level of 60 seconds, new figures have shown.

The SRA’s target is to answer 70% of calls within a minute, but a particular low point was reached in February, when call-centre staff managed this for a mere 8% of calls.

The authority’s quarterly performance report said: “There has been further attrition of our most experienced staff, primarily due to a new contact centre in Redditch [the SRA’s former base]. A recruitment campaign has taken place during March to replace them, and we expect to see some impact after a few weeks of initial training, although it will take one year to train on all subject areas, and match the skills of those we have lost.

“Calls have become more complex since the launch of mySRA and outcomes-focused regulation, and are longer, hence wait times and abandon rates have increased. We are streamlining all activities wherever possible, and e-mails have been brought back within service levels.”

As a result of these problems, the SRA has withdrawn the service that helped people conducting genealogical research where they are investigating a solicitor in the family.

The professional ethics helpline is also underperforming, the report said. It aims to answer 90% of calls within 45 seconds, but only achieved 57% in the first quarter, with 6% of calls abandoned, down from 88% in March 2012. Written responses were also slow; the ethics team’s target is to reply to 90% of correspondence within 10 working days, but achieved 62%.

The report said: “Head count has been significantly reduced this quarter, which has had an adverse effect on correspondence and helpline service levels. We are at present recruiting new team members to fill the vacancies and from April we will be changing our helpline opening hours to make more efficient use of the resources we currently have, with the intention of improving the helpline service level.

“In addition, overtime will be available to existing staff from April, with the aim of improving correspondence service levels in the interim until we are back to full head count.”

SRA executive director Richard Collins said: “Levels of demand have risen significantly, both in terms of the number of calls we receive and the average length of these calls. We have a finite resource within the contact centre to manage this increased load.

“Work is being undertaken to identify the causes of this increased level of demand and to review resources and ways of working. Our aim is to improve performance within the overall resources available to the SRA and we are taking steps to do so.”

NB This article was amended at 11.30 on 16 May because it wrongly stated that the contact centre would no longer help solicitors trace another solicitor for the purpose of finding files or documents. This service is still available to the profession.