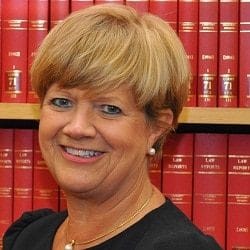 Hallett: Every organisation should examine its working practices

The profession needs to keep working to address unconscious bias, as “we have not yet reached the stage where a successful woman is accepted as the norm”, Dame Heather Hallett said last week.

Retiring as deputy head of the criminal division of the Court of Appeal, Dame Heather said there remained “much work to be done” to realise the promise of the Sex Disqualification (Removal) Act 1919, which allowed women to practise law for the first time.

The first woman to chair the Bar Council (in 1998), she was speaking at an event at the Royal Courts of Justice that marked a new display of the original robes worn by Mrs Justice Elizabeth Lane, the first female High Court judge. The robes were subsequently worn by Mrs Justice Booth and Baroness Hale and Lady Black, now both Supreme Court justices. All three attended the event.

Dame Heather – who was appointed a peer in Theresa May’s resignation honours in the summer – recounted how many of the women who qualified in the 1950s, 1960s and 1970s “kept their heads down and suffered sexual assault, discrimination and being patronised, without complaining or reporting, hoping that if we had any ability it would eventually be recognised”.

She explained: “We feared, as some women today still fear, that if we reported anyone, we would be considered a trouble maker and our careers would suffer.”

Her advice for the future included “keep working on eradicating unconscious bias”.

She continued: “We all suffer from it and alerting people to the problem can be the first step in solving it. Having [female role models] will obviously help in getting people to accept that their lawyer, their judge may be female and just as good if not better than a man….

“But we have not yet reached the stage where a successful woman is accepted as the norm. Changing attitudes of that kind will be a big task, but getting out into schools and into communities, as members of the legal profession and the judges do increasingly, is an excellent start.

“It will also be a challenge to discover a way in which the potential of those who have taken a break from the profession or reduced their work load to care for others can be assessed without being unfair to their competitors.”

Dame Heather urged efforts to persuade “those with influence” that it was in the interests of their institutions, organisations, firms and sets of chambers to promote a better work/family life balance so as to retain in the profession those with caring responsibilities.

“Every organisation should examine its working practices and analyse whether it is making the best use of technology and flexible working.”

There should also be a “zero tolerance policy for sexual harassment and discrimination”, with every organisation providing a “mentor or someone to whom those affected can speak about any problems and appropriate steps can be taken to resolve the problem”.

Dame Heather argued that the battle to eradicate sexual harassment and discrimination would only be won if men played an equal role in promoting the cause of diversity, but urged wariness of those “who express fine sentiments but do little to put them into action”.

“[I] hope that the return of these very special robes to the RCJ provide inspiration to all women lawyers so that full equality for women in the law becomes a reality.”