Hallett tells senior lawyers to step up on discrimination 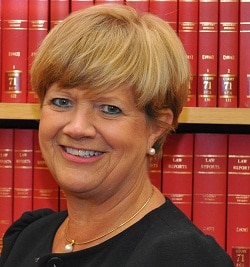 Top women judges have called on senior lawyers to take responsibility for ensuring there is no discrimination in their organisations rather than leaving it to diversity specialists.

In a discussion about women, the law and the judiciary to mark Friday’s International Women’s Day, Court of Appeal judges Lady Justices Hallett and Nicola Davies agreed that while overt discrimination they had witnessed earlier in their careers appeared to have declined, sexual harassment and unconscious bias were still prevalent across the profession.

Hallett LJ, vice-president of the criminal division and the judiciary’s senior lead on diversity, said: “What we need to do is make sure that senior people in the profession, men and women, take responsibility for the fact that they’ve got to ensure fair treatment throughout their organisation.

“They can’t just say ‘we’ll set up a diversity department and leave it to [them]. They have to take responsibility to make sure all their systems are as proof against discrimination as you can get, be it for women, black and minority ethnic lawyers or anybody else from a non-traditional background.”

However, she observed that she had herself found the profession to be “collegiate”. Both judges said they had always found female colleagues available to offer support and help when needed.

They stressed the importance of mentoring and role models for younger women lawyers.

They acknowledged that low confidence among women could still be a problem. Davies LJ said she had suffered from a lack of confidence herself in the past but that the further her career advanced, the more it grew.

Hallett LJ said some women suffered from “imposter syndrome” – the psychological fear that somehow they might be exposed as ‘frauds’.

The judges observed that technology enabled flexible working to a degree not possible in pre-internet times, potentially to the advantage of women with families.

Such women could manage work/life balance by making use of whatever flexible working opportunities were available, they said.