Hale outlines worries over too many law students, too few jobs 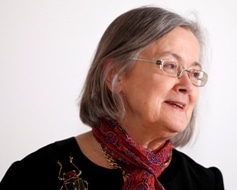 The growing mismatch between the opportunities to study law and the number of legal jobs makes it “very hard” to encourage young people to seek a legal career, the deputy president of the Supreme Court has warned.

The comments of Baroness Hale came at the launch of a report on social mobility and diversity in the legal aid sector that called on the Solicitors Regulation Authority (SRA) to reinstate the minimum salary for trainee solicitors.

Baroness Hale told the event at London South Bank University that she was “hugely” bothered by the fact that, despite various efforts by the legal profession, “social advantage, independent schooling and Oxbridge” continue to determine access to it.

“What is the point of all our outreach work with schools, of the Sutton Trust’s splendid pathways to law programme, and similar initiatives by the professions, if we tempt more and more young people to aspire to a legal career that most of them can never have?

“I think that the answer to that is that we cannot deny people the educational opportunities which are the first rung on the ladder, because some of them undoubtedly will make it into the legal profession and some of those will make a great success of it. But it is very hard positively to encourage them to try.”

The report from Young Legal Aid Lawyers (YLAL) found that high levels of debt combined with low salaries make legal aid work unsustainable for those from lower socio-economic backgrounds, while at the same time work experience is regarded as an essential prerequisite to gaining paid employment.

Two key problems were the high cost of training and “relatively low level of remuneration for junior lawyers working in legal aid”. YLAL said that given its finding that neither the legal practice course nor bar professional training course are preparing candidates sufficiently for legal aid practice, “consideration should be given to regulation of the fees charged by the professional course providers”.

Alternatively, it said, the courses could be replaced by work-based learning, a direction in which the SRA is already moving.

On salaries, the report said: “We cannot expect or demand lucrative salaries; nor do we ask for them. However, if the profession is to be sustainable in the long term and accessible to those from less well-off backgrounds, then there does need to be a floor below which salaries should not fall.

“In his context, our firm view is that the decision of the SRA to abolish the minimum salary for trainee solicitors was mistaken. Adjudged against the average debt burden of a junior lawyer, the minimum salary set at £18,590 in London and £16,650 elsewhere was, in our view, a reasonable one.”

The report also concluded that unpaid work experience – despite its importance – represents “a significant barrier to social mobility”, such that it called for funding to be allocated, from either government or contributions from larger law firms, to facilitate placements in the legal aid sector.

Further, where firms offer unpaid work experience, as a minimum they should be open to those who can only afford to offer their services for short periods, pay expenses and ensure candidates benefit from it. “To facilitate this, oversight and/or guidance from the Law Society or SRA should be considered.”

To counter the dangers of long-term unpaid paralegal roles – which YLAL said could be unlawful because of the national minimum wage rules – the report called on the Law Society and Bar Council to issue “robust guidance” on acceptable and lawful use of unpaid work placements.

Lady Hale went on to express her “great disappointment” with “the steady and now precipitous decline in the legal aid and advice scheme”.