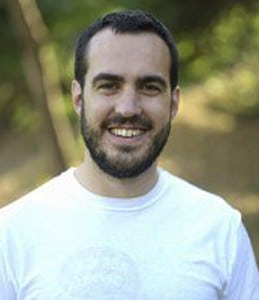 Vestbirk: UK falling behind US in law tech start-ups

A ground-breaking legal ‘hackathon’ – pitting computer programmers against each other to reach the best solution to a legal technology problem in the space of a weekend – is to be held in London with the aim of generating technology that will assist law centres.

Organised by the website Legal Geek, founded a year ago by lawtech entrepreneur Jimmy Vestbirk, the so-called ‘lawtech hackathon’ will seek to boost efficiency at Hackney Law Centre with IT-based products that could be rolled out to other centres if successful.

Legal hackathons are common in the US but little used in the UK to date. In 2014 there was one held simultaneously in New York, San Francisco and London that aimed to prototype new tools for data privacy, while the National Archives held one as part of its ‘good law’ initiative to find ways to measure aspects of the entire statute book.

In November 2015, the University of Strathclyde’s law school hosted HackTheLaw2015, a one-day workshop during which students were tasked with developing products aimed at disrupting the legal market.

The Legal Geek Hackathon, advertised with the strapline ‘law for good’, will be held at the Google Campus in London on the weekend of 18 March. Its aim is that “teams from the public, private and legal sector will work together to conceive, build, and pitch technical solutions to tackle specific challenges for Hackney Law Centre”.

Teams will be presented with “two or three problem statements”, one of which they will choose to tackle. They will then work through the night and the following day, coding “robust digital solutions that will enable Hackney… to deliver legal services in a more efficient way”. Teams will be judged by a panel and the top three awarded prizes.

Asked to describe the range of problems the hackathon will hope to solve, Mr Vestbirk stressed they would be chosen in meetings yet to be held with the law centre. But he said they could involve technology to assist with booking appointments by mobile phone, or translation apps that might “be used help deal with an ethnically diverse community that have issues with understanding the legal system”.

He continued: “Then there are the things to do with funneling things down with efficient decision tree processing, for instance to channel people just to the existing information on government websites; artificial intelligence (AI) could intelligently direct people to the relevant section…

“The hackathon isn’t about start-ups coming and saying ‘we have this technology, let’s shoehorn it in’ – it’s literally starting with a specific problem that they’ll be briefed on before and then within that time period building a solution as a kind of basic product and then pitching it to our panel…

“The hackathon is really about bringing people together – techies involved in the law space – to boost the profile of law tech as an area… and do something really cool for Hackney Law Centre that they can do something good with.”

Mr Vestbirk said he was also fundraising for his own start-up business, developed in conjunction with a lawyer, which will build “a solution for the supply of paralegals”.

He explained that his background is “more techie than legal”, adding: “Legal tech is very current right now. I think it’s where change is happening [and] there’s a lot more money being invested in this space – investors just weren’t interested in the space four years ago, it was a lot harder to raise money.”

Part of Legal Geek’s mission was to help London compete with dynamic US-based start-ups, he said: “At the moment we are so far behind America. The UK is a global leader in the legal profession but what we are losing is the innovation because it is all coming from US in the start-up space; the new wave of change.

“Law firms [there] are more agile and open to adopting this technology, so you can get momentum a lot quicker. It’s very hard to have the UK as your domestic market as a law startup.”

He highlighted the interest in UK legal services shown by US businesses Rocket Lawyer, backed by Google Ventures, and alternative business structure LegalZoom. But he acknowledged advances made by UK-based AI specialist RAVN Systems – which has been employed by City firm Berwin Leighton Paisner – as well as the CrowdJustice community-based funding platform, and document management platform ClauseMatch.

In August 2014, the American Bar Association’s (ABA) journal held a ‘Hackcess to justice’ hackathon during the ABA’s annual meeting in Boston, to promote the use of technology to improve access to legal services. It was won by William Palin, a lawyer and programmer, who created PaperHealth, a free app dedicated to advanced planning for medical emergencies.