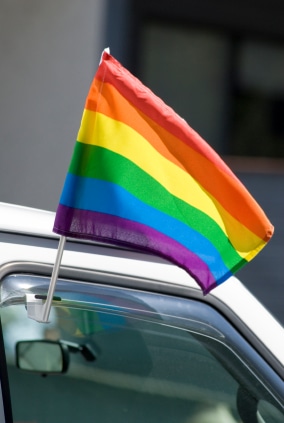 Lesbian, gay, bisexual or transgender (LGBT) people around the world will be able to report incidents of persecution to international lawyers stealthily through everyday social media, after a hackathon backed by some of the largest UK law firms devised an app.

More than 40 coders, developers and designers competed to create the best app to assist the LGBT community. The winning idea uses a tool within the popular communication app, Snapchat, to allow victims and witnesses of hate crimes to upload evidence without it being obvious to others what they are doing.

They will be able to send images, videos or documents discreetly, to be stored safely in the cloud. The authors of the app intend that the tool will appear as any other contact within Snapchat, making it difficult for anyone searching through the user’s phone to detect.

The app aims to connect victims with those who can help them, but also document incidents that otherwise would not be collated, to form a global database that will be used to support lobbying for change.

The Human Dignity Trust, which co-hosted the 48-hour ‘Hack the Change’ event in London, said it was a way technology could be harnessed to help LGBT people and in particular document human rights violations faced by the community in the 75 countries which currently criminalised their existence – comprising around 40% of the world’s population.

Spokesman Kapil Gupta told Legal Futures that Snapchat was “based around exactly what Facebook is not” and offered sufficient security to help conceal the identity of those LGBT people who reported persecution.

He continued: “It is aimed pretty much at the whole of the LGBT community globally – anyone suffering persecution or harassment day-to-day, which forms the lived reality of millions of LGBT people. The idea is for it to be documented in the best possible way without being too onerous on the people wanting to report.

“When people go underground, they do not have organisations representing them able to document the harassment… how can they ask for change when there is not even proper information on the level of harassment they are facing?

“The idea is to use technology to assist in documentation as the first step towards fighting this persecution.”

He added that Snapchat was used by many people in Africa and elsewhere to communicate, so using features of existing technology made more sense than trying to create it from scratch. “They are trying to use something that is already out there and growing really fast, and ‘piggyback’ on it in a way to solve the problem.”

Amy Carton, who led on the hackathon for co-host LexisNexis Legal & Professional, said five teams of hackers participated and the winning team – known as the ‘Suitcase Hackers’ – did not know each other before the event.

All the teams had “come up with very unique approaches” as to how they would meet the main aim, which was to have a tool that would “connect people who have been abused or discriminated against to people who can help, like NGOs and lawyers”, she said.