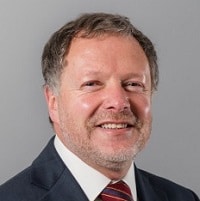 Alternative business structure gunnercooke has taken its pioneering law firm model and used it to set up a consultancy business.

Darryl Cooke, co-founder of the ABS, said the firm’s “solely senior lawyers” approach was “very much the same” at gunnercooke Consulting, which consisted only of consultants “with a lot of experience – generally at board level”.

Mr Cooke said that, before he set up the law firm gunnercooke in 2010 with Sarah Goulbourne, he spoke to 56 chief executives, finance directors, heads of legal and funders and asked them what they disliked most about law firms.

“We asked them what they would do differently, if they were setting up a law firm. We believe that the traditional law firm model is not conducive to providing the best service.”

Mr Cooke said that before he launched gunnercooke consulting he carried out “exactly the same exercise” as he had done with the law firm.

“We went to the users of consultancy services and asked them the same questions. They were concerned about lack of seniority, lack of industry expertise and lack of clarity on fees.”

On its website, the consulting firm says describes itself as “the UK’s first ‘new-model’ consulting business”, advising on a wide range of sectors including manufacturing, retail, the public sector and professional services.

Mr Cooke is chairman of the board of gunnercooke Consulting. Mike McGrath and Simon Horsfield, both partners at gunnercooke, are directors.

Gunnercooke Consulting has 10 other consultants, based across the country, which Mr Cooke hopes to increase to 20 by the end of the year.

Gunnercooke, the law firm, has 75 partners. The consultancy firm is its third new venture this year. Ignition Law, which specialises in advice to start-ups and SMEs and operates as a trading name of gunnercooke, was launched last month.

Nova Private Client Solicitors, which also opened in January, follows the example of gunnercooke, in promising that its lawyers have 10,000 hours practising experience. Robert Ashworth, a partner at gunnercooke, is chief executive of Nova.