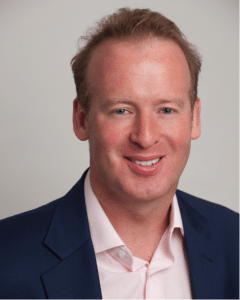 A new firm which aims to break the mould of advice to start-ups and SMEs by recruiting lawyers who run their own businesses has opened in London.

David Farquharson, co-founder of Ignition Law, said the business would operate as a trading name of ‘virtual firm’ and alternative business structure gunnercooke and would share its offices in London.

Mr Farquharson, former head of corporate and commercial at Swan Turton, said around 40% of the firm’s clients were start-ups, which he hopes to increase to 50%, and the rest were “SMEs that are going somewhere”.

He went on: “They may have an interesting idea and it may be that lawyers haven’t understood them, or that they haven’t fitted in with the traditional model of a law firm.”

As well as its main office in London, he said Ignition Law would have a base at a ‘start-up campus’ in Shoreditch, east London, where many tech companies are based.

“It helps to be where new start-ups and tech companies are present, and makes us part of the commercial team rather than dipping in and out as traditional law firms do.”

The firm will offer corporate, commercial and employment advice and Mr Farquharson said that where it was able to “scope out” how much a piece of work would cost, it would “definitely offer a fixed fee”.

Mr Farquharson said the firm employed two ‘counsel’ on a freelance basis – Robert Stevenson, a former associate at Hogan Lovells , who runs a ‘virtual medical practice’, and Siriana Kress, a former senior associate at Allen & Overy and a mother returning to work

The firm was particularly targeting lawyers running their own businesses or mothers returning to work in the search for new recruits, Mr Farquharson said. “If you’re running your own start-up business, it is clear that you have a passion and you understand start-ups.”

Mr Farquharson added that the legal market had “not yet experienced the technological and client-friendly disruption under way in other industries”.

He described setting up the law firm as “exhilarating in many ways but quite scary”.

Sarah Goulbourne, partner and co-founder of gunnercooke, said her firm’s “back-office team and technology” was at the disposal of Ignition Law and they would continue to share experience “to benefit both businesses”. Gunnercooke lawyers would also be called on where needed.

“When Ignition approach us with the idea, it seemed a very natural fit,” she said. It was decided to use the separate brand as a way to target the tech market.