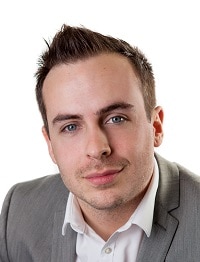 Kenny: people left in the dark

A growing medical negligence marketing network has launched a £1m TV advertising campaign that aims to differentiate itself from other firms that “lack transparency when dealing with clients”.

The first instalment of the campaign by Patient Claim Line – which is funnelling claims to the Medical Law Network, which launched in February [2] – premiered during an ad break for Coronation Street.

It will appear across most digital and terrestrial TV channels each month, together with the groundbreaking sponsorship [3] of ITV daytime show Judge Rinder, which has been running since February.

Both Patient Claim Line – which claims to deal with one in eight of all medical negligence enquiries – and the Medical Law Network are the brainchild of Southport firm Fletchers; it is about to sign up its eighth member of the network, which it says allow specialist firm to compete with the biggest brands in the market.

The advert (watch below), part of a campaign called ‘Just Like You’, features five individuals who have suffered from a medical mistake who explain to camera the type of support they want following the incident. Fletchers said it was the result of research that found that people who make a medical negligence claim can often feel isolated and left in the dark during the process.

Alex Kenny, head of advertising at Patient Claim Line, said: “We really wanted to create a campaign that resonated with people who are looking for support after suffering from a medical mistake. Often making a medical negligence claim can be a very distressing time and so we wanted individuals to understand that they can rely on us to provide on-going support and give them clear answers throughout the entire process.

“Unfortunately it seems that too many law firms in the medical negligence sector lack transparency when dealing with clients and tend to exclude them from what is actually going on behind the scenes. This can leave people feeling in the dark about the medical negligence claims process and therefore they may be intimidated when it comes to making an enquiry. No one should feel like that when it comes to accessing justice.”

Meanwhile, leading marketing collective First4Lawyers said that since it opened up its service beyond personal injury and clinical negligence [4] in May, the most searched-for terms on its website have been ‘probate’ followed by ‘redundancy’ and ‘power of attorney’.

Most enquiries (30%) have been about employment-related matters, notably unpaid wages, unfair dismissal and contractual matters. A further 20% of enquiries have been civil litigation matters.

In all, First4Lawyers has received more than 40,000 visitors to its website looking for more information on the wider legal services, resulting in over 2,500 specific enquiries to its dedicated call-centre.

It offers access to advice on employment, property, finance, family and driving law, and First4Lawyers is currently looking to add more law firms to the panels for each area.

The company said its traffic reflected the wider trends in the market: legal services phrases have been searched over 2.5 million times in the UK since the start of May, with employment law phrases accounting for 700,000 of these searches and probate matters accounting for another 500,000.