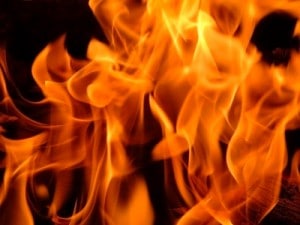 Planning: firms are ready for fires but not for succession or ill partners

A growing number of small and mid-sized law firms are looking at raising external capital, but many need to address failings in basic business planning first, new research has found.

It also identified £20m as the turnover point when a law firm changes from being groups of individuals who have joined together to practise their chosen profession, to a business providing legal services.

The benchmarking survey of over 75 firms in London, the south-east and south with turnovers of £5m to £35m by accountants HW Fisher & Company found that while last year only 11% of firms were seriously considering external capital, that has grown to 26% this year.

“Our view is very much that investment into law firms could be a very attractive proposition for private equity institutions, but there would be very significant cultural difficulties to overcome for most SME firms. The question of exit – usually a sine qua non for outside investors – is a problem which has not yet been resolved.”

The survey found that while every firm has a business continuity plan in event of fire or flood, “it seems that planning to manage other, equally valid, risks are from ubiquitous”. Over a third (37%) of firms have not carried out an analysis of how much turnover is dependent on individual clients “and thus haven’t developed plans to ensure high-value clients are retained”, while 41% do not have key man insurance cover for partners.

It continued: “Whilst two-thirds of firms surveyed have at least considered succession planning, the remaining 33% have not carried out any succession planning at all. Any firm looking to raise outside capital will have to address this issue.”

The survey also found firms not making the best of tax planning, with few using service companies as a tax-efficient vehicle to fund working capital requirements.

While the 2011 survey found bullish views on mergers and acquisitions – with 36% thinking they were more likely to merge than they had been 12 months previously – this has yet to translate fully into action. Only 11% of firms have carried out a merger or acquisition in the last year, the same number as expect to do so in the next year.

HW Fisher also analysed the 2010/11 LLP returns of SME law firms, finding that it was “an exceptional year” for them. “They grew faster than the average top 50 practice and gained ground at the expense of larger firms. This is undoubtedly the result of larger buyers of legal services shopping around and being prepared to instruct smaller firms than they may have chosen historically.”

Across all firms turnover rose 3%, but this hides “truly staggering differences between firms”; in the bottom quartile, turnover fell by 10%, while in the top quartile it grew by 18%. The research found that the largest firms – in the £20m to £35m category – experienced a “real turnover boom” in 2010/11, with the best performing firms now “much better placed” than they were before the recession hit.

Firms are continuing to recover from the low point of 2008/9, with the turnover/remuneration ratio – described as the critical statistic for assessing profitability – greater than it was in pre-recessionary days across the board. The research put operating margins at 30%. “It is clear that firms’ management are generally winning the battle against rising costs.”

The survey concluded by highlighting the difference between smaller and larger firms, a threshold HW Fisher identified as being around the £20m turnover level. At that point firms “cease practising law [and] instead become providers of legal services”.