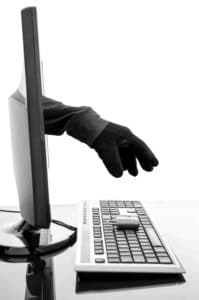 Law firms need to guard against the type of cybercrime called ‘CEO fraud’, which has netted criminals millions of pounds, according to the Solicitors Regulation Authority (SRA).

The SRA said it had highlighted CEO fraud in cybercrime presentations and planned to flag it in its next written risk update.

Action Fraud, the fraud reporting centre run by City of London Police, warned in February there had been a serious rise in the incidence of CEO fraud. While the average sum lost was £35,000, one global company was said to have lost £18.5m. The organisation reported a “marked increase” in the fraud in the second half of last year, with almost 1,000 reports received.

In the US, the Federal Bureau of Investigation has estimated more than $2bn (£1.38bn) losses from CEO fraud in the past three years by nearly 18,000 victims.

The growth in CEO fraud is said to have been fuelled by competition among domain name brokers, some of which give away domains and associated e-mail addresses for free, or at very low cost, as loss leaders. After supplying a stolen credit card number, the scammers can rapidly obtain ready-to-use domain addresses.

The message might instruct the urgent settlement of an invoice and include bank transfer details. The fraudster will quickly redistribute the money into other ‘mule’ accounts and close the receiving bank account.

Insurance policies covering cyber liabilities may not pay out for CEO fraud because no IT resources are hacked.

An SRA spokesman said: “We are aware of this form of cybercrime. We have highlighted these type of risks on a regular basis. It is important that law firms make sure they have appropriate processes and systems to protect themselves – and their client’s money and information – from these sort of crimes.”