Group of 48 investors settles misrepresentation claims against US law firm 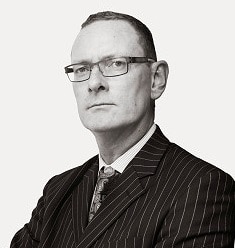 A boutique City litigation practice has successfully settled claims by a group of 48 investors against US law firm Locke Lord, it has emerged.

Earlier last month, the Solicitors Disciplinary Tribunal (SDT) imposed a record fine of £500,000 on the firm after former partner Jonathan Denton was found to have run dubious high-yield investment schemes through the firm.

Humphries Kerstetter said in a statement on its website that it had “successfully settled a funded claim on behalf of 48 investors against the law firm Locke Lord (UK) LLP on confidential terms”.

It went on: “The claims were primarily for damages for fraudulent misrepresentation in connection with a private placement of shares which was alleged to be a Ponzi scheme.

“Locke Lord (UK) LLP has recently been fined £500,000 by the Solicitors Disciplinary Tribunal, the largest fine ever issued at tribunal.”

Mark Humphries, senior partner of Humphries Kerstetter, said the investors’ claims were against “Locke Lord, Mr Denton and others”.

Mr Humphries, a former head of advocacy at Linklaters and Solicitors Regulation Authority (SRA) board member, said the SDT ruling “related to these claims and other claims in which we were not involved”, but the investors “settled their claims against Locke Lord only”.

A spokesman for Locke Lord said the firm did not comment on “possible claims of settlements”.

However, it emerged in the Solicitors Disciplinary Tribunal ruling last month that Locke Lord and its insurer have paid out millions of pounds to settle claims brought by investors, it has emerged.

Some £21m passed through the client account of its London office as part of the schemes.

The ruling said the firm has settled “a number of claims” but others were outstanding – although exactly how much investors lost has proven hard to ascertain.

Mr Denton, who was a partner and later ‘of counsel’ before his dismissal in 2015, is also facing disciplinary proceedings.

In approving an outcome agreed by Locke Lord and the Solicitors Regulation Authority, the tribunal said expressly that this did not prejudice Mr Denton’s right to show before a differently constituted tribunal that the transactions were not actually fraudulent, even if they had “the hallmarks of fraud”.

Separately, Humphries Kerstetter has claimed to be “the first firm in our market” to publish its charge-out rates, amid the push for greater transparency over the cost of legal services.

The firm reviews its rates annually on 1 April.

It says it also aims to spend around 5% of normal working hours on pro bono representation in complex civil disputes.