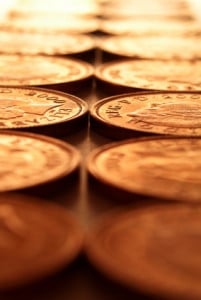 The road to transparency: only 17% of firms publish their fees

There is a serious lack of transparency over the pricing of common legal services, major new research has found – with those providers who do publish their rates and also the ones who offer fixed fees generally cheaper than law firms that do not.

It showed big variations in prices – with some firms charging many thousands of pounds for services for which others were paid hundreds – and the potential benefits to consumers in shopping around.

In particular, it suggested that consumers in the south-east of England should consider instructing lawyers in other areas of the country in cases where face-to-face interaction was not important.

The research was commissioned by the Legal Services Board (LSB) and is said to be the first proper study of what consumers actually pay for legal services.

The LSB said it provided a baseline against which the impact of regulatory reform could be judged by carrying out similar surveys in years to come, with a focus on competition between providers, and affordability and access to justice for consumers.

The headline findings were that 17% of firms displayed their prices on their websites – licensed conveyancers and will writers were more likely to than solicitors – and were generally cheaper than those who did not, as were firms which offered fixed fees. The LSB did not seek to provide an explanation for why this might be.

There was no clear pattern when looking at how prices varied by size of firm, while there was no difference between alternative business structures and traditional practices. Unsurprisingly firms based in the south-east charged “significantly higher prices” than those in other parts of the country, and firms in deprived areas quoted lower prices than those in more affluent locations.

Two-thirds of firms said their prices had stayed about the same over the past year, while 29% said they had increased – the figure was higher for larger firms – and just 4% reduced them.

In a press briefing yesterday, the LSB said it was not pushing to make firms publish their prices, saying that the Competition and Markets Authority (CMA) – which is currently studying the legal services market – was best placed to say whether mandatory publication was an appropriate measure.

However, strategy director Caroline Wallace said transparency and fixed fees were good for firms because consumers would be more confident about choosing them. She emphasised that the LSB was not saying consumers should always go to the cheapest lawyer, as there were other factors that needed to be taken into account.

In a letter to the CMA about the research, LSB chief executive Neil Buckley said the lack of transparency “does nothing to alter perceptions about the high cost of legal services and thus inhibits efforts to address unmet legal need”.

He said the board would be writing to all of the frontline regulators “to encourage them to explore further steps to improve price transparency”.

OMB Research quizzed 1,500 providers about five services they offered in each of three areas of practice: conveyancing, divorce and private client (wills, power of attorney and estate administration) – 500 for each area.

Fixed fees dominated conveyancing work – 80% of firms charged solely that way – and price differentials were lowest. The median cost of sale and purchase of average freehold properties was put at £1,250 (excluding disbursements and VAT), although the highest fee recorded was £6,400, and the lowest £425.

There was some evidence that licensed conveyancers were cheaper than solicitors.

For family work, firms generally charged a fixed fee for the simpler, uncontested work, but as cases became more complex, with children or assets in dispute, more firms said they would charge either an hourly rate or provide an estimate of the total cost.

The median cost of a complex divorce where assets were in dispute but which settled at mediation was put at £2,000, although one firm quoted £34,000. The average higher-end charge was £3,000.

In the private client section of the research, the vast majority charged a fixed fee for a will (the median price was £163 for a ‘complex’ one), while 59% did for a grant of probate, but for estate administration, the most common approach was an hourly rate.

More generally, where firms gave an estimate, they said that in most cases they came in within the figure that had been provided. Licensed conveyancers and will writers were more likely to say this than solicitors. Seven in 10 solicitors said they offered flexible payment options.

Mr Buckley added: “There is still some way to go before all consumers can be confident of finding the legal service they need at a price they can afford.

“Firms who are yet to adapt will have to look at what their competitors are providing. This is a market with huge potential for delivering a better deal for consumers.”

The full report and the complete data sets of the research are freely available from the LSB website for law firms to use. Click here.