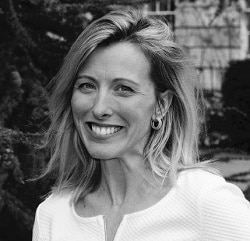 A barrister who co-founded a groundbreaking business that allows separating couples to obtain advice from a single legal expert at any point in the process, has won a £50,000 Women in Innovation award.

Samantha Woodham, one of the co-founders of The Divorce Surgery, said she planned to use the money to automate completion of the “clunky” Form E divorcing couples must fill out to disclose their finances.

She was one of three women in law among the 40 winners of Innovate UK’s Women in Innovation awards earlier this month. We profiled one of them, Alice Stephenson, last week, and will report on the other, Becki Cassia of transparently.legal, next week.

Together with fellow 4 Paper Buildings barrister Harry Gates, they launched The Divorce Surgery in 2018 as an alternative business structure regulated by the Bar Standards Board in 2018, with a non-lawyer investment manager as a minority shareholder.

Though solicitors are prevented by Solicitors Regulation Authority rules from advising both sides in a divorce, barristers can act in a similar role to a single joint expert so long as they do not represent either side afterwards.

Others who are can support both sides of a divorce, such as mediators and coaches, are not regulated to provide legal advice.

Ms Woodham said the business – which now takes up more than half of her time – has gone “better than I could possibly have imagined”.

Some barristers told the pair they were being naïve in trying remove the adversarial element from divorce. “It turns out a lot of couples don’t want the conflict,” she said.

Over a period of six to eight weeks, The Divorce Surgery selects an appropriate barrister, who consults individually with each partner, runs a disclosure process and then holds a joint advice session. The detailed advice is also provided in writing to help the couple reach agreement, which can then be turned into a consent order.

The judiciary has supported the concept – alongside the ideas of mediation, arbitration and private financial dispute resolution appointments, the Financial Remedies Courts’ good practice protocol identifies The Divorce Surgery as an option judges should consider to encourage parties to try in a bid to reach settlement of some or all the issues out of court.

It was similarly picked out as an option in the report of the Family Solutions Group – headed by Mr Justice Cobb – on reframing support for families following parental separation.

The Divorce Surgery has expanded the services on offer to support co-parenting agreements and also to help couples complete the divorce petition, especially when based on fault – although Ms Woodham said demand for this may wane once non-default divorce becomes a reality.

The business has taken on staff, including solicitor Rachel Peirse, who helps couples with the legal aspects of the process and briefs their chosen barrister.

The Divorce Surgery does not maintain a formal panel of counsel to act as advisers, as Ms Woodham said that she and Mr Gates knew most of the family Bar and approach those they thought would be most appropriate for the case. They give clients the choice of two or three.

Not all barristers were suitable, she admitted: “You’ve got to want to reach resolution and work with couples, and have that kind of emotional intelligence to give the advice in a way that’s not confrontational and adversarial.”

The fee for using the service depends on complexity, and starts at £4,750 + VAT. It is a fixed fee. Ms Woodham said some big money cases had gone through it, one with assets of more than £80m.

Clients find The Divorce Surgery online, through recommendations and also via solicitors, she reported. The latter tends to be where they wanted help on one particular issue, with the advice then fed back into the negotiations.

The prize money will go on building a system to automate completion of Form E, which the barrister described as “very clunky” and difficult for clients to understand because of the “archaic language” it used.

For now, the business does not need further external investment, although it remains a possibility for the future – one aspect of the support from Women in Innovation was the chance to pitch to angel investors to receive feedback on their proposition.

This wider support, that also includes networking and mentoring, was valuable, Ms Woodham said. “It’s really useful to hear from others.”