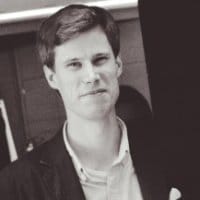 The tech company that facilitated what it claims is the world’s first legal contract supported by the Internet of Things (IoT) – internet-enabled devices – has told Legal Futures that its product has layers of security amid fears that the increasingly commonplace technology is vulnerable to hackers.

The security of installing online capability in everyday devices – from security cameras to digital video recorders – has been under scrutiny after it emerged that hackers have exploited weaknesses in the design of devices to create armies of ‘botnets’ to launch massive cyberattacks.

A recent ‘denial of service’ attack on US and European infrastructure used just such a technique to disable some of the biggest websites on the internet.

Clause, a technology company which last month received investment from NextLaw Labs, the lawtech arm of global law firm Dentons, after it demonstrated a version of its IoT-enabled legal contract, said the contracts had layers of security.

The contract shown to Dentons – in what Clause said was a world first – was a supply agreement that used the IoT to “draw in humidity and temperature data to monitor breach conditions and provide dynamic pricing”.

Separately, it was reported in October that an ongoing experimental contract to deliver cotton between the US and China using blockchain technology, smart contracts and the IoT, was progressing smoothly.

The shipment of 88 bales of cotton from the US to China involves a letter of credit executed through a digital smart contract stored on blockchain technology. It has a GPS device tracking its geographic location and funds are expected to be released when the ship reaches its destination.

Peter Hunn, the Cambridge law graduate co-founder and chief executive of Clause, told Legal Futures: “There are security concerns in the IoT world, definitely. This applies to any application, not just contracts.

“That being said, we do have ways of mitigating the effect of any potentially nefarious activity on legal contracts – so the contract is itself protected”

Ways of protecting the contract included “ensuring that the contract state can be replayed in the event there was any effect on [it]” and “there is always the option to rely on a non-dynamic state of the contract”.

Mr Hunn also said Clause would be looking at working on helping outsourced legal providers to handle the monitoring and enforcement of its contracts without companies having to deal with such things in-house “in due course”.

He stressed that his contracts were “not ‘smart contracts’ in the blockchain sense” but rather “enforceable as traditional legal contracts”.

There has been something of a backlash among lawyers involved with digital contract technology against the term ‘smart contracts’, which Mr Hunn explained are considered to refer merely to “a coded script that exists on a ledger that perform processes when ‘poked’ in a certain way, not contracts as lawyers know them”.

He referred to an Oxford Business Law Blog article which said a smart contact was basically a computer programme – “encoded logic that receives certain inputs and executes a set of instructions to reach one of many pre-defined outcomes… At its heart, a smart contract simply guarantees execution of a particular code base”.

He continued: “We are not producing an architecture for what others call ‘smart contracts’ – we have the benefits of functionality but we offer a lot more. They are legal contracts first.

“‘Smart contracts’ are not necessarily ‘contractual’ at all, despite their name. They are used to build decentralised applications.

“We are really pioneering the legal application as part of our overall architecture; we are not exclusively blockchain, we have our own tech.”