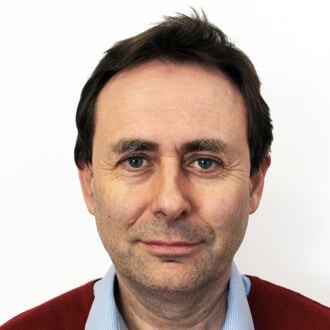 A law firm dedicated to animal protection, believed to be the first of its kind, has been launched by two solicitors experienced in the field.

Advocates for Animals (AFA) aims to work for charities and animal non-governmental organisations. It is already in operation and has worked for a number of groups.

On its website, AFA – which is regulated by the Solicitors Regulation Authority – said: “[The firm] is committed to the creative use of the law – alongside investigations, science, lobbying, social and traditional media – to make a huge difference to the lives of animals.”

Partners David Thomas and Edie Bowles said they hoped the new firm would grow. Neither is affiliated to a law firm and both are consultants to animal rights organisations.

AFA is supported by the legal charity the UK Centre of Animal Law, of which Ms Bowles is a trustee and Mr Thomas a former trustee.

Mr Thomas is a part-time judge and was a partner in a London firm until the early 1990s. He went on to be the legal officer of the Child Poverty Action Group.

Ms Bowles was an intellectual property lawyer in private practice and now specialises in animal protection law. Among other organisations, she advises Cruelty Free International and the Vegan Society.

Speaking to Legal Futures, Mr Thomas said although it was a very niche practice, there was a huge body of law – both international and domestic – relating to animal protection.

He added: “[It] is, or can be, an exceptionally complicated intellectual discipline because so much of it is international… There is no question there is enough law out there.

“It’s a more nuanced question whether animal protection organisations can afford to use the law, but one of our messages is that law can be more affordable than is often thought.”

The firm is soliciting donations through its website, saying it “would like the freedom to bring cases on behalf of itself that we feel are essential to help animals. The practice of law can be expensive”.

Mr Thomas pointed out that for most of the “legal techniques and even legal proceedings” in the field, there was no risk of an adverse costs order. Where there was, the risk was likely to be “moderate”.

He said Brexit was likely to “hugely” add to complications in terms of animal rights. “Obviously no one knows at the moment what form Brexit is going to take, or even necessarily if it will happen, but there is a massive raft of domestic animal law emanating from the EU.

“And of course when you get into all the trade deals the UK is supposed to make with other countries… So far as the United States is concerned, there is chlorinated chicken, beef hormones and lots of issues like that.”

Ms Bowles said: “I am honoured to be part of a movement, both nationally and internationally, that works towards giving animals the protection they deserve in law. It is crucial that the interests of animals are taken seriously.”

Mr Thomas added: “It is a salutary thought that, because of technological developments allied to commercial secrecy and huge international trade, humankind undoubtedly causes far more suffering to animals than 200 years ago when a man could beat his horse to death simply because it was his. Lawyers can help redress the balance.”

The Vegan Society provides a vegan rights and advocacy service where people can get in touch with Dr Jeanette Rowley – an authority of veganism and law – for advice on vegan-related disputes.