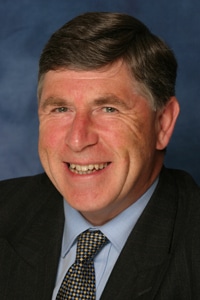 Simon: I have always been an iconoclast

A pioneering alternative business structure (ABS) has become one of the first legal practices to introduce employee ownership, while also developing a new form of billing that will see it agree a profit margin with clients, Legal Futures can reveal.

Staff at Triton Global – a multi-disciplinary insurance business combining legal advice, claims administration and loss adjusting – were told this week that they are each to receive a free initial tranche of 145 shares in the company, worth about £500.

It follows approval by HM Revenue & Customs of Triton’s share incentive and share option plans, making them tax efficient. The company has 120 staff across five offices in the UK, and a further 25 in five offices overseas, and is now a member of the Employee Ownership Association.

The employee share trust – which will hold 10% of Triton’s issued share capital, provided by chairman David Simon – will be able to nominate a director to sit on Triton’s board. Mr Simon described employee ownership as “an unexpected sidewind from the Legal Services Act”.

He said he was keen for Triton to keep introducing new approaches to legal practice. “I have always been an iconoclast and love upsetting the applecart,” he explained. Becoming an ABS had “knocked down the silos” between the three previously separate businesses (the law firm is better known as Robin Simon) and encouraged much greater collaboration; introducing employee ownership “is a way of cementing that feeling that we are one business”.

Mr Simon said it would also give retiring shareholders a market in which to sell their shares – overcoming succession issues that plague traditional firms – while research shows that employee ownership makes businesses more productive and improves staff retention.

“Also, margins in insurance are very tight, so we need ways to reward people other than money,” he said. “Shares are our new currency.”

The next phase will be to introduce a share option scheme for middle managers, allowing them to buy shares at a discount after three years of employment.

Mr Simon said he also hoped being employee owned would help Triton win work by reassuring insurers, who he said are sceptical about the perceived excessive earnings of partners in law firms.

The share price was calculated by Triton’s auditors, and approved by HMRC. Every year it will have to submit a revised valuation to the taxman.

The new approach to charging is part of Triton’s move away from hourly billing and from handling one-off cases, Mr Simon explained. “We are saying to insurers: ‘Give us all your cases for X years. We’ll handle them from cradle to grave and charge you what it costs us plus a percentage.’”

This requires transparency with clients over Triton’s running costs – which he said they are happy to do – and a negotiation over an acceptable profit margin.