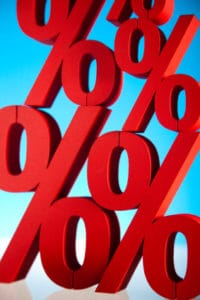 The surge in claims against solicitors over their advice to home buyers on ground rent clauses has begun, with 400 issued in less than a year, according to research by defendant law firm BLM.

It also identified the discount rate, undersettling and conveyancing fraud as the other big negligence risks facing the solicitors’ profession due to the wider economic environment.

The report on professional negligence claims by BLM, in conjunction with the Institute of Directors, is the latest output of the BLM Macroeconomic Trends Series, which seeks to analyse and predict how global economic forces will shape and influence London insurance market claims in the UK and Ireland.

Just last week we reported on a barrister’s prediction [1] that law firms would be first in the firing line for claims arising from clauses that double ground rent periodically.

The BLM report said: “We have already started to see a large volume of claims – over 400 in less than a year – and we expect the number to significantly increase in the coming months.”

The issue for law firms was whether clear enough advice was given to the purchasers so they could understand the risk and impact of the increasing ground rents, it explained.

“Whilst the UK government has vowed to step in to resolve the issue, that is going to take time and is only likely to resolve future ground rent charges. Therefore, lawyers who have advised on property purchasers in the last few years remain at risk of a claim.”

Similarly, there have been multiple reports of cases in which conveyancers have been conned by imposters posing as the owners of properties.

They ask the solicitors to act for them in the sale of a property. Once the proceeds of sale have been pocketed by the imposter, the true owner arrives on the scene and successfully has ownership returned to them. This leaves the innocent purchasers significantly out of pocket.

The report said: “Claims have been pursued against both solicitors acting in the transaction, as well as the estate agents. While scammers see there is still money to be made in this area we expect these scams to continue.

“It is up to the Court of Appeal to provide some much needed guidance on the state of the law and the impact on the profession can then be assessed.”

The cut in the discount rate for personal injury cases earlier this year from 2.5% to -0.75% – meaning that the cost of claims involving future losses shot up overnight – has left solicitors “vulnerable”, the report said.

“Previous offers by claimants may now seem attractive to defendants. If claimant lawyers, in particular, have not reviewed all offers that are still on the table, they could be acting negligently by not withdrawing the offer; it could lead to their client’s claim being compromised at an undervalue. If this occurs, their client could subsequently bring a claim against them.”

On undersettling, BLM said it has not seen as high a volume of cases against lawyers as it expected, but “there were nonetheless still a significant number of claims”.

It continued: “We anticipate there will still be a sizeable number of claims in the future – whether it be claims for undervaluing personal injury claims or failing to obtain a pension sharing order in divorce proceedings.

“Often the value of such claims is low. However, by the time you have added in costs, the total spend can be six figures.”