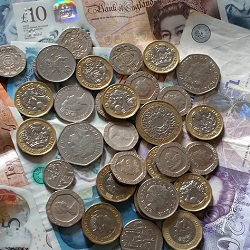 A veteran barrister has been fined £4,250 by a Bar disciplinary tribunal for carrying out litigation without authorisation and handling client money on behalf of a direct access client.

The tribunal heard that David Thomas Osborne “felt worn out and ground down” by complaints about him made to the Legal Ombudsman, but that was no excuse for his behaviour.

Mr Osborne, 78, was called to in 1974. He admitted two charges of conducting litigation when unauthorised, two more of handling client money and a further charge of failing to provide information to the Bar Standards Board (BSB).

The tribunal said Mr Osborne did not renew his practising certificate last month and “does not intend to work going forward as a self-employed barrister in the future”.

Though barristers are not allowed to handle client money, he requested a payment of £1,000 from direct access client ‘SW’ in April 2017, but gave no clear indication of what the payment was for. Some of it was used to pay a £100 fee to Wandsworth County Court.

There was no “actual harm” to SW, no overcharging and “no evidence of any misuse of client monies for David Osborne’s benefit”, the tribunal said. He was fined £1,000 for each offence of handling client money.

He failed to advise SW “in clear and readily understandable terms” that he was not authorised to carry out litigation in his terms of agreement in March 2017.

He twice filed applications at Wandsworth County Court on behalf of SW, serving copies on the other parties.

The tribunal found again that SW suffered no harm; there was no evidence the barrister’s failings caused “any distress or worry” to her.

“In fact, as we understand it, David Osborne’s misconduct had assisted to save her case from being struck out at least at that stage.”

However, the tribunal said the barrister had failed “on several occasions” to tell his client he was not authorised to conduct litigation.

“This was a clear and obvious breach of the rule by a very experienced barrister who had conducted a significant amount of direct access work having been authorised in 2005 for such work.” The barrister was fined £500 for each litigation offence.

But there was harm caused to the public confidence and trust placed in the profession.

The tribunal said that Mr Osborne also failed to provide information to the BSB, initially by a deadline of March 2020, extended to July 2020.

He declined to provide a copy of SW’s client care letter and emailed the BSB in July 2020, asking to “hear no more of this” in relation to the investigation. He was fined £1,250 for this offence.

Mr Osborne suffered a stroke in October 2020 and “continues to suffer from ill health”.

The barrister “felt worn out and ground down” by the Legal Ombudsman complaints procedure, but “that does not provide any justification or excuse”. No details were given of the complaints involved.