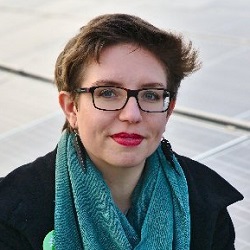 Denyer: Profession should not offer harbour to politicians who undermine rule of law

The Green Party has called for disciplinary action against solicitor and barrister MPs who vote for legislation which disregards the rule of law.

Co-leaders Carla Denyer and Adrian Ramsay have written to the Law Society and Bar Council – rather than the Solicitors Regulation Authority and Bar Standards Board – asking them to consider whether voting for legislation that breaks international treaties would constitute serious professional misconduct and could therefore lead to being suspended.

They also urged them to publish clear standards for how solicitors and barristers who were also politicians or other office holders “must uphold their professional standards of honesty, integrity, and upholding the rule of law”.

The letter came in the wake of the EU launching legal action against the UK to stop the government from unilaterally rewriting the post–Brexit arrangements for Northern Ireland, and government’s Bill of Rights Bill, which Law Society president I Stephanie Boyce described as “deepening the government’s disregard for the checks and balances that underpin the rule of law”.

Ms Denyer said: “We have learned from history that the slippery slope towards despotism begins with small steps and that institutions outside the political realm can save the rule of law when they step up to defend them.

“As so many MPs are qualified barristers and solicitors, we believe the Law Society and the Bar Council both have a particular duty to set out clearly what professional standards are expected of these politicians and to consider suspending any that vote for legislation which breaks international treaties.”

She argued that legally qualified politicians could not be allowed to use their status to give “a veneer of respectability” to political machinations and said the profession “should not offer harbour to those politicians who undermine the rule of law so willingly”.

The letter pointed to other actions which they said have undermined the rule of law, including the politicisation of the role of Attorney General – accusing Suella Braverman of repeatedly expressing “political support masquerading as legal advice” – and the “significant diminution” of the role of Lord Chancellor.

The leaders said successive Lord Chancellors have failed to stand up for the independence of the judiciary and to defend the judiciary against political attack from ministers.

Mr Ramsay added: “We know that non-political institutions can play a key role when democratic values come under threat.

“We welcome the way that the Archbishop of Canterbury has criticised the Rwanda policy and the action by the legal bodies to defend their members against government attacks.

“We are now asking them to go a step further and challenge legislators who are undermining the rule of law while themselves members of the legal profession.”

Barrister and former government lawyer Carl Gardner wrote on Twitter that the letter raised a difficult constitutional issue for regulators.

He explained: “They’re asking for proceedings in Parliament to be questioned or impeached outside Parliament, contrary to article 9 of the Bill of Rights 1689.”