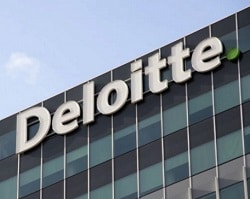 Deloitte has been awarded its alternative business structure (ABS) licence, some five months after announcing [1] that it was to become the last of the Big Four accountancy firms to offer reserved legal activities.

The Solicitors Regulation Authority granted the licence at the end of last month and it took effect a week ago.

Barrister Anbreen Khan, an indirect tax partner, is the ABS’s head of legal practice, with non-lawyer tax partner Ian Stone the head of finance and administration.

In a rare addition to the standard terms of an ABS licence, Deloitte’s specify that where one of its lawyers is “engaged in legal activity that is not regulated activity”, then he or she should not act for a client where there is a conflict of interest unless the client has given informed consent, and “appropriate safeguards can be put in place that are consistent with the SRA Principles and maintain the confidentiality of the affairs of that client”.

January’s announcement said the ABS would have two new offerings: managed services, such as automated document review and contract management, and consulting services.

The consulting services would focus on improving operations of in-house legal departments and helping to exploit technology.

In addition, Deloitte was to extend its existing legal services in employment law, tax litigation and immigration. It said it would invest in new staff and advanced technology “to meet demand”.

Deloitte Legal employs more than 2,000 people in 75 countries around the world, and it has been expanding its offering in other ways this year.

In all, Deloitte will have over 1,500 immigration specialists in 135 countries.

Meanwhile, Deloitte’s quarterly review of the top 100 law firms showed that a strong finish to the 2017/18 financial year meant they recorded an overall increase of 7.7% in fee income for the year ended 30 April 2018.

Fee income increased across all size categories, with firms in the 11-25 and 26-50 size categories reporting the highest growth rates (11% and 9% respectively) and growth for the largest firms (those in the top 10) and the firms ranked 51-100 “being more modest, but still strong” at 4% and 6% respectively.

Deloitte said the strong growth in fees per fee earner of 5% was achieved “through a roughly equal contribution from increases in chargeable hours per fee-earner and rates recovered, with the balance of the fee income growth being due to a 2.5% increase in the average number of fee=earners at firms in the survey”.

Jeremy Black, a partner in Deloitte’s professional services practice, said: “While the overall performance of firms in the sector has been very strong, we are seeing huge variances in the performance of individual firms.

“There are some firms who have had one of their best years ever, while others are struggling.”

The survey also found that while firms are not expecting to achieve rates of growth quite as strong as those achieved this year, they are forecasting growth in excess of 5% for the year ahead.