Green light for civil standard of proof at SDT 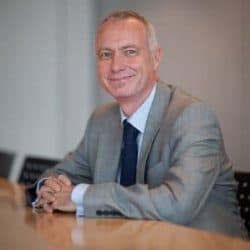 The Legal Services Board (LSB) has approved the change in the standard of proof used by the Solicitors Disciplinary Tribunal (SDT) to the civil standard.

The SDT decided on the change even though the majority of the 28 respondents to its consultation – from solicitors and their representative bodies – were in favour of retaining the criminal standard.

Tribunal president Ed Nally has argued that it will not lead to ‘easier’ convictions.

The standard is set to come into force on the same day as the Solicitors Regulation Authority’s new Standards & Regulations – 25 November.

LSB chief executive Neil Buckley said: “The LSB has long been an advocate for use of the civil standard, and I’m confident that its consistent use throughout the sector will have a significant positive impact on the protections afforded to the public.”

Mr Nally added: “I am pleased that our new rules have been approved for implementation following a robust process and detailed scrutiny. I believe that the new rules will provide a clear and firm foundation for our future casework at the tribunal.

“We will apply the new standard of proof justly and with a keen appreciation of the cogency of evidence that  all those appearing before us are entitled to expect.”

Law Society president Simon Davis said: “The SDT’s commitment to continue to require the regulator to meet a high standard of proof where any misconduct has been alleged indicates the tribunal is taking a measured approach which also takes into account the inequality of arms between the well-resourced regulator and an individual solicitor.

“There remains a concern that lowering the standard of proof may increase the likelihood of referrals to the SDT of ‘weaker’ cases which would previously and more appropriately have been dispensed by the regulator using its own powers.

“We trust the tribunal will monitor referrals to ensure best use of its resources and powers.”

The LSB also accepted the tribunal’s reasons for not moving to a lay majority on the three-member panels that sit on cases – at least for the time being – despite calls from the Legal Services Consumer Panel for such a shift.

In the LSB’s decision notice, Mr Buckley said: “The SDT has argued that a switch to a lay majority would change the character of the SDT. It considers that such a change in dynamic would risk the SDT’s identity as an expert tribunal and would reduce the likely range of experience from practice on the panel.

“The LSB notes the rationale provided by the SDT for maintaining the status quo on composition, at a time when it is introducing a significant change to the standard of proof.

“However, this is an important issue that the SDT should keep under review in the coming years, especially in the light of how few other professional disciplinary tribunals maintain non-lay majorities.”

The SDT also sought approval for a variety of other, more minor changes, including a new overriding objective, which will in future be “to enable the tribunal to deal with cases justly and at proportionate cost”.

Mr Buckley wrote: “The SDT explained its view that the overriding objective protects and promotes the public interest by helping to ensure allegations of professional misconduct are dealt with efficiently and expeditiously.

“The SDT also expressed a view that the proportionality element of the overriding objective supports the rule of law in that it is intended to ensure that, so far as is practicable, the parties are on equal footing.”

This brought it in line with the Civil Procedure Rules, while the tribunal rules would also include the caveat “as far as is practicable”, to ensure it has discretion.