Green light for barristers to join LDPs, but LSB says bar still has a way to go 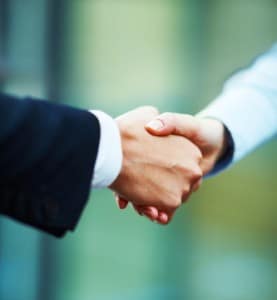 You're in: barristers can now join LDPs

The Legal Services Board (LSB) has approved plans to allow barristers to become partners in legal disciplinary practices (LDPs) but warned that the changes “go only part of the way towards opening up the market in the interests of consumers”.

In the first application for rule changes that it has approved since taking on the role from the Ministry of Justice, the LSB has approved changes to Bar Standards Board rules that would allow barristers to be managers of LDPs and also shareholders in LDPs whether or not they are employees or managers of the LDP in question.

The changes would also allow barristers to practise in more than one capacity at the same time – that is, as a self-employed barrister within chambers and part-time as a barrister in an employed or managerial capacity.

The Bar Standards Board amended the guidance to the new rules after the LSB raised various concerns, and also revealed that it is developing memoranda of understanding with other appropriate bodies to ensure that there will be no regulatory gap in disciplinary arrangements for a barrister operating in an entity regulated by a different approved regulator.

The Office of Fair Trading told the Bar Standards Board that new rules were “a step forward to achieving a less restrictive approach to competition, provided that this is the first step to further rule changes that allow barristers to join other forms of ABS [alternative business structure]”.

The LSB said it agreed with this assessment “that the changes go only part of the way towards opening up the market in the interests of consumers” and said that it was looking to the board “to maintain momentum towards delivering the reforms envisaged by the Legal Services Act”.

The Bar Standards Board confirmed to the LSB that it will consult on whether barristers will be permitted to become either manager or employees of ABSs this year or next.

The old schedule 4 procedure under which the Ministry of Justice had to approve amendments to regulators’ rules was a slow process which caused considerable delays to reform in some situations. The LSB received the Bar Standards Board’s application on 1 February 2010 and issued its final decision less than two months later.

The Bar Standards Board has two other applications lodged with the LSB: one involving changes to the rules on self-employed practice and another with changes to the public access scheme.