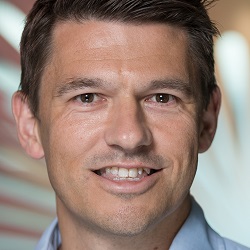 The Chancery Lane Project (TCLP) said in its latest report that 100% of the top 25 UK law firms were involved in the pro bono project, but only 7% of the FTSE 100 companies’ in-house legal teams.

TCLP said in its 2021 impact report: “This past year has taught us that we need to engage industry professionals and in-house lawyers alongside private practice firms if we are to achieve long-lasting change, and that we need to do this with commerciality, rigour and within a science-based framework.

“Lawyers can draft legally viable precedents, but it is the insights from industry professionals that inform the commercial viability of such drafting.”

TCLP said it had “not yet adequately mobilised in-house lawyers and professionals in the wider industry” who were crucial to its success.

Despite an increased uptake and normalisation of its clauses across some industries and commercial arrangements, “there is more work to be done to ensure that every industry and every legal professional knows how to use our clauses”.

TCLP said it had also learnt that its clauses needed to be tailored to specific circumstances, and as a result it had set itself the goal of “redesigning our clauses into a customisable Net Zero Toolkit”.

The project was launched in February 2020, following the creation of a Climate Contract Playbook made up of 16 model clauses, and the Green Paper of Model Laws at a legal hackathon in the offices of Thomson Reuters the previous autumn.

TCLP said 1,100 lawyers were now participating in 73 countries and reporting a 72% improvement in their understanding of how contracts could be used to tackle climate change since they joined.

“We are encouraged by the fact that our law firm participants are beginning to pitch our clauses to their clients, change their internal precedent banks and use the clauses in their own contracts.

“Knowledge providers are working actively to integrate our clauses into their databases and our working groups in the USA, China, Australia, Ireland, Japan and parts of Latin America, Asia Pacific and Europe are developing jurisdictional as well as linguistic translations of our clauses.”

TCLP said the Environment Agency’s legal team had acknowledged that the project’s model clauses had helped “inspire the drafting” of its carbon reduction clauses, which had been introduced into some of its key service contracts.

Its clauses had acted as a “vital resource” when US-based customer relationship specialists Salesforce made “a big climate shift” earlier this year, adding binding commitments to supply chain contracts.

Matthew Gingell, chair of TCLP and general counsel at Oxygen House Group, said the Net Zero Toolkit of clauses would be launched to coincide with the Cop26 UN climate change conference in Glasgow.

“Not only will this provide tools for every lawyer to deploy, but it will also be a platform from which we can change legal drafting norms to be more ambitious and impactful.”

Mr Gingell added: “Every day, in offices across the world, lawyers are using our tools to make a difference and up the ante in the Race to Zero. That is why I believe that if we change the precedent, we change the world.”

In a separate development, an analysis by ClientEarth of climate laws across six jurisdictions – the UK, Finland, France, Mexico, Sweden and the Australian state of Victoria – has found that they are failing to deliver on reducing emissions in line with net-zero goals.

Common pitfalls were “lack of ‘hard’ legally binding interim targets, over complexity, delayed implementation, and a failure to monitor progress with the regularity demanded by the acceleration of climate instability”.

Further challenges resulted when duties were split between various arms of government or imposed on the wrong department.