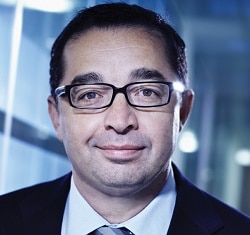 Grech: staying on as a director in the short term

Andrew Grech has stood down as group chief executive of Slater & Gordon after a recapitalisation deal was agreed with its lenders that will see them take control of the embattled law firm.

“The recapitalisation is intended to provide the company with a sustainable level of senior secured debt and a stable platform for its future operation in both Australia and the UK,” Slater & Gordon said today in an Australian Stock Exchange announcement.

Mr Grech has stood down with immediate effect but will remain a non-executive director “in the short term” until a replacement is found who can fill the statutory role of ‘legal practitioner director’.

All the other directors will resign “in due course” as the lenders appoint new directors. Ken Fowlie will continue to lead Slater & Gordon’s UK operation.

New York-based Anchorage Capital Group, which manages funds that hold a majority share of the secured debt, has led the talks, although in all lenders who own more than 75% of the debt by value have signed up to it.

Once the deal is completed in October, Slater & Gordon’s secured lenders will hold 95% of the firm’s equity, with existing shareholders watered down to just 5%, and potentially 4% if certain warrants are exercised.

The firm will have a three-year A$30m (£18m) senior debt facility – supplemented by a further A$5m if needed, with the lenders receiving the warrants – to provide it with “sufficient financial flexibility for the company’s strategic or operational initiatives”.

As announced last month, there is also a $A40m working capital facility.

Some of the existing senior secured debt is being turned into interest-free convertible notes that will entitle the holders to up to £250m recovered in Slater & Gordon’s £637m legal action [1] against the Watchstone Group over alleged fraudulent misrepresentations in the sale of what was Quindell’s professional services division – the deal that sent Slater & Gordon into this financial tailspin. Proceedings have now been issued.

A condition of the recapitalisation is the settlement of a shareholder class action being brought by fellow Australian law firm Maurice Blackburn, which is currently going through mediation.

One other class action has already been launched, with another in the offing [2].