Grech: no legal services provider in the world has client base of Slater & Gordon 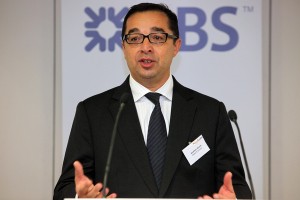 No law firm in the world has a client base like Slater & Gordon’s, its managing director claimed today.

Speaking at the firm’s annual general meeting in Melbourne, Andrew Grech also said that aside from the “dislocation” of a few senior staff at Pannone, integration of its various acquisitions has gone well.

He said: “The year was a success on many fronts. There were strong performances across our practice groups, achievements in operational effectiveness and successful acquisition programmes undertaken in both Australia and the UK.

“Importantly, we provided high-quality legal services to more clients than ever before. With around 100,000 active clients in Australia and the UK, there is no provider of legal services in the world with the client base of Slater & Gordon.”

Mr Grech said the UK business – which by the end of the current financial year will account for nearly half of the Australian-listed firm’s income – was on track “with both the existing operations and acquisitions exceeding their full-year performance targets”.

He reported that integration of the practices acquired in the UK during the 2014 financial year was “very much on track for completion early in 2015”.

“The personal injury law practices of Taylor Vinters and the Goodmans and Pickerings practices are fully integrated and operating under the Slater & Gordon brand, utilising our existing practice management and case management systems.

“Fentons will be re-branded Slater & Gordon shortly, followed by Pannone in the first half of the 2015 calendar year. The case management and practice management systems which we have successfully utilised in Australia for several years are being implemented in the UK in two stages – stage 1 will be completed in February 2015 rather than next month to allow more time for development and testing of customised workflows and stage 2, including Fentons and Pannone, will be completed by the end of March 2015.”

Mr Grech said the Manchester property consolidation, bringing together over 700 staff from multiple locations, will create Slater & Gordon’s largest office and be completed by March 2015.

“There is certainly lots of activity underway and whilst this has dislocated a few senior staff from the Pannone group in particular, on the whole staff are responding very positively to the integration and business improvement process which is underway.”

Mr Grech said there was a “strong pipeline” of potential acquisitions “and we continue to assess opportunities that fill geographic or specialist area gaps”.

He added that UK boss Neil Kinsella has now handed over “his remaining business as usual operational responsibilities” to focus on M&A activity and integration projects.

In his address to the AGM, Slater & Gordon chairman John Skippen said: “My co-directors and I had the opportunity to learn more about the UK operations during a board visit to London in May and a key takeaway for all of us from these meetings was the similarity between the UK and Australia in terms of the consumer law operating environment and challenges.

“This presents a huge opportunity to share knowledge and resources between our UK and Australian operations.”