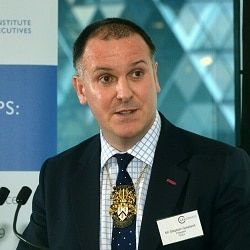 A former president of the Chartered Institute of Legal Executives (CILEx) has become the first member of that branch of the profession to be appointed to the Legal Services Board (LSB).

Stephen Gowland has been appointed alongside solicitor turned barrister Flora Page to fill vacancies on the board of the oversight regulator, which began operating 11 years ago.

Mr Gowland was president of CILEx in 2013/14, the first dual-qualified chartered legal executive and solicitor to hold the post.

He started his career as an apprentice, qualifying with CILEx in 1998 and then as a solicitor in 2001, before setting up his own law firm in the North-East.

He closed it after 12 years in 2017 to pursue other opportunities and now works in-house at Positive IT Consultants, and sits as a police misconduct judge for 17 police forces across England and Wales. He also works as an associate with the College of Policing, assisting with recruitment and promotion for police forces.

He sits as a lay member on the regulatory panels of the Institute of Chartered Accountants of England and Wales – which he will be resigning, as the LSB oversees the ICAEW in relation to probate work – and the Chartered Institute of Public Relations.

Professor Chris Bones, the chair of CILEx, said: “It’s important that the LSB has direct access to the perspective of chartered legal executives, one of the three main branches of the profession, so Stephen’s appointment is a significant landmark for both the LSB and CILEx. It was about time the LSB looked beyond solicitors and barristers.

“On a personal level, the appointment reflects Stephen’s significant experience in the field of professional services regulation. Stephen has long been an advocate of the CILEx route into the law and at a time when diversity is so high on the agenda, his voice will add a valuable perspective.” 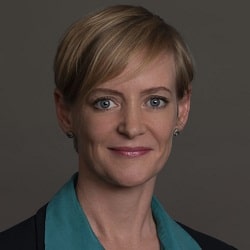 Ms Page began her career at Clifford Chance in 1996, and subsequently worked for the Law Commission, the University of Law, and set up her own firm, Old Bailey Solicitors. Having obtained higher rights of audience in 2002, in 2013 she cross-qualified as a barrister, and joined 23 Essex Street Chambers.

Her practice focused on financial crime, and she prosecuted and defended in equal amounts. She was a leading junior, a Grade 4 Prosecutor, and a facilitator for Advocacy and the Vulnerable training.

In 2019, Ms Page moved to the Financial Conduct Authority, where she has worked in both enforcement and consumer redress policy development. She is also a part-time PhD student at University College London, researching corporate misconduct.

Both will serve a four-year terms beginning on 1 August.

Meanwhile, the term of lay member Marina Gibbs – director of competition policy at Ofcom – has been extended to 31 March 2021 while a recruitment campaign is carried out to fill the position on a permanent basis.