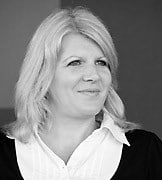 The delay in implementing the Jackson reforms should not be used as an opportunity to let opponents water them down, the government has been warned.

City law firm Kennedys, which chairs the Civil Justice Group, said the delay to April 2013 should be seen as an opportunity to ensure that implementation is correct and “to ensure a well-balanced interlocking package of reform”.

Kennedys partner Tracy Head said: “While we recognise that the government may have legitimate reasons for delaying implementation in line with the introduction of reforms of legal aid, we wish to see the extra time used to get the rules and regulations correct – rather than any creep away from the agreed package.”

The group – a coalition of insurers and corporates that has been lobbying for the changes – said the delay will also give the government adequate time to take into account any possible changes to the road traffic accident claims portal arising from the impending response to the Solving disputes in the county courts consultation.

Kennedys also supported the government’s stance of limiting qualified one-way costs-shifting (QOCS) to personal injury claims “to reflect the fact that the same access to justice exigencies do not necessarily apply to other categories of case”. Lord Justice Jackson had suggested other areas where it might be appropriate.

Ms Head said: “If QOCS were to extend to, for example, professional indemnity cases, then the enhanced costs of defending such a claim would force defendants to compromise unmeritorious claims – thereby encouraging the flow of such cases.”

She said that if there was a desire to extend QOCS, it should be limited to: