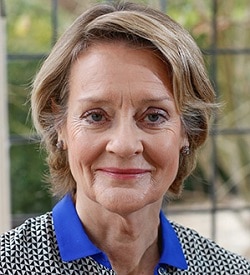 Buscombe: Working through the detail of a ban

The government has unexpectedly reversed its opposition to a ban on cold-calling by claims management companies (CMCs).

Speaking in the report stage of the Financial Guidance and Claims Bill in the House of Lords earlier this week, minister Baroness Buscombe said the government had listened to the views of peers, many of whom have been calling vociferously for a ban during the passage of the bill – which the minister had previously resisted.

She said this week: “We know that cold calls continue and understand that more needs to be done truly to eradicate this problem. We have already committed to ban cold calls relating to pensions, and are minded to bring forward similar action in relation to the claims management industry.

“I have asked officials to consider the evidence for implementing a cold-calling ban in relation to claims management activities, and I am pleased to say that the government are working through the detail of a ban on cold calling by claims management companies.

“There are complex issues to work through, including those relating, for example, to EU directives. We would therefore like time to consider this important issue properly, and propose bringing forward a government amendment in [the House of Commons] to meet the concerns of this House.”

She was speaking to an amendment laid by Liberal Democrat Lord Sharkey, which would give the new single financial guidance body – which will merge the Pensions Advisory Service, Pension Wise and the Money Advice Service into one body – the power to recommend to the secretary of state that a ban on cold-calling in a particular area it covered was needed for consumer protection.

This may include CMCs targeting financial products, but it was not obvious on its face whether the amendment would cover personal injury CMCs, even though it was clear from the debate that they were in peers’ minds.

The amendment was passed, despite the government’s opposition.

Lord Sharkey argued that another amendment, due to be debated next week, would do the government’s job for it.

This would mandate the Financial Conduct Authority – which the bill provides is to take over the regulation of CMCs – to introduce a ban on “unsolicited real-time direct approaches by, on behalf of, or for the benefit of companies carrying out claims management services and a ban on the use by claims management companies of data obtained by such methods”.

Lord Sharkey said: “Why do we have to go round to the other place to do what this bill would do if amendment 42 were accepted? I look forward to the government’s support for amendment 42 as a means of saving time in the Commons.

Earlier in the debate, the peer described “the absolutely huge, and rising, number of claims for alleged holiday sickness” as “the successor to the whiplash scandal”.

He said: “In July and August 2016 alone, one operator took 750,000 British, 800,000 German and 375,000 Scandinavian customers to Spain. The Scandinavians lodged 39 claims; the Germans lodged 114; but the British lodged around 4,000 claims for holiday sickness—essentially, food poisoning.

“That kind of thing not only costs our travel industry a huge amount and raises prices for everyone but directly encourages criminal acts on a large scale.”

In a statement, the Association of British Travel Agents (ABTA), which has been campaigning for a ban, said the announcement was a “significant and very welcome advance in the industry’s fight against fraudulent claims… and we look forward to its speedy implementation”.