Government to legislate for legal advice on NDAs 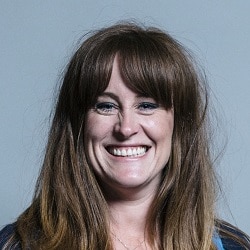 Tolhurst: Legislation will stamp out misuse

The government has pledged to change the law to ensure that employees signing non-disclosure agreements (NDAs) receive independent legal advice.

Further reform will also allow people signing NDAs to disclose information to their lawyers, as well as the police and regulated health and care professionals, while the Solicitors Regulation Authority (SRA) has pledged to update its guidance to the profession.

The Department for Business, Energy and Industrial Strategy (BEIS) yesterday published its response to the consultation on confidentiality clauses that it issued in March in response to concerns about the use of NDAs, expressed in particular by the House of Commons’ women and equalities select committee (WESC), which issued a report on them last month that found some improvement in how lawyers use them.

The updated legislation will also require employers make clear the limitations of a confidentiality clause, in plain English, put in place either at the beginning or end of the employment relationship, through respectively the written statement of employment particulars and NDAs.

Further, an NDA that does not follow new legislative requirements will be legally void, and an employee bringing a claim before an employment tribunal in such circumstances may be eligible for additional compensation.

BEIS said legal respondents to the consultation overall supported the provision of independent legal advice, but in roundtable discussions “legal participants felt this requirement was already covered by section 203 of the Employment Rights Act 1996” – which mandates independent advice on settlement agreements more broadly.

The response added: “Some were also concerned additional requirements would raise legal fees. Other legal organisations acknowledged that although the Employment Rights Act 1996 might already be read as covering this requirement, they would welcome greater legislative clarity on what confidentiality clause legal advice should contain.”

It said the legislation would ensure that individuals received advice “not only on the nature of the confidentially requirement but also on the limitations of confidentiality clauses.

“This legislative change will ensure that legal professionals must provide clarity on the details in a settlement agreement in order for it to be valid, so that individuals are not left with unsatisfactory agreements.

“The SRA has also committed to update its guidance on the use of confidentiality clauses following our proposals.”

On disclosure of information to lawyers and doctors as well as the police, the response said: “We understand that for victims of sexual harassment and discrimination, access to medical and legal services are important.

“Victims should not be made to feel they are unable to disclose to regulated professionals, bound by confidentiality duties.”

Instead they suggested that guidance would provide the correct level of flexibility for drafting professionals.

The WESC report also acknowledged the difficulties of standardised wording, and recommended legislating on drafting requirements, such as that the wording must be “clear and specific”.

BEIS said: “We also intend to work with relevant stakeholders including the SRA, the Equality and Human Rights Commission (EHRC) and the Advisory, Conciliation and Arbitration Service (ACAS) to produce suitable guidance for solicitors and legal professionals responsible for drafting settlement agreements.

“EHRC is producing guidance in order to clarify the law relating to confidentiality agreements in cases of discrimination in employment and set out good practice in relation to their use.

“ACAS is also planning to produce guidance to help employers, workers and their representatives be clearer about the law and good practice around confidentiality clauses.

“The SRA has also committed to update its guidance to solicitors on the use of confidentiality clauses once our proposals are published, to align it with any legislative changes.”

Business minister Kelly Tolhurst said there were legitimate uses for NDAs, “from protecting commercially sensitive information to preventing information being shared with competitors”.

But she added: “We will not tolerate the use of NDAs to silence and intimidate victims from speaking out. The new legislation will stamp out misuse, tackle unacceptable workplace cultures, protect individuals and create a level playing field for businesses that comply with the law.”

BEIS said it would respond separately to the other recommendations made by the WESC and highlighted that the government was taking other action in response to sexual harassment in the workplace; the Government Equality Office launched a consultation on the issue earlier this month, focusing on steps to tackling inappropriate workplace culture.

The Legal Futures NDAs, Harassment and Whistleblowing Masterclass is on 16 September in London. Click here for all the details.