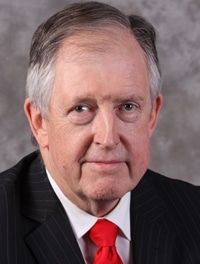 The government is to consider tightening up the ban on referral fees in personal injury and also introducing statutory regulation of third-party litigation funding, it confirmed yesterday.

While rejecting calls to exempt charities and trade unions from the ban, justice minister Lord McNally told the House of Lords that the government would scrutinise amendments laid by solicitor Lord Hunt of Wirral, who told peers that “there is quite an industry out there now, which will be thinking of innovative ways of defeating the intention of both the government and Lord Justice Jackson”.

His amendments to the Legal Aid, Sentencing and Punishment of Offenders Bill would catch payments made for cases that do not include an injury – such as a claim for motor repairs or hire charges – and the situation where the referral is made by a regulated person but the payment made back to an unregulated subsidiary.

Speaking on the seventh day of the bill’s committee stage, Lord McNally said: “The government believe that the referral fee clauses as drafted should cover the concerns that the amendments seek to address, although of course we wish to ensure that the ban is as effective as possible… We are sympathetic to the intention behind them and would like to consider them further.”

He also clarified the situation on solicitor-to-solicitor referrals following an amendment laid by Lord Pannick QC to exempt them.

“If for any reason a solicitor decides that a piece of business needs to be transferred… it would be perfectly reasonable to see a transfer. When the transfer is made, the solicitor concerned is able to claim an appropriate amount of money for the work dispersed before the transfer was made. We accept that logic.

“However, the government’s view is that reasonable payments of this type are not captured by the ban as long as they only cover the work undertaken by a firm in respect of the claim prior to it being transferred to a new firm. If there is a referral fee element to the payment, this would be subject to the referral fee prohibition and is a matter best dealt with by the regulator rather than by legislation.”

The amendment on introducing statutory regulation of third-party funding – for which a voluntary code of conduct has only recently been agreed – is believed to have been pushed by intensive lobbying from the American Chamber of Commerce.

Liberal Democrat Lord Thomas, who pressed it, said the problem was in relation to non-commercial matters such as personal injury and divorce cases. “I do not regard this as assisting in access to justice; rather, it takes us

back to the old days of maintenance and champerty,” he said. Former Conservative Lord Chancellor Lord Mackay was among those to speak in favour of the amendment.

Lord McNally acknowledged a mood in the chamber that “the concept of legal hedge funds being established and cases being bundled up as investment opportunities… gives rise to rightful concern”, at least in relation to non-commercial claims.

“The code of conduct was drawn up with the specific requirement that the matter would be revisited if and when third-party funding expanded. It is a question of whether it has now expanded to a point where the matter should be revisited… The Lord Chancellor would like further time to reflect on these matters.”

Leslie Perrin, chairman of the new Association of Litigation Funders, told Legal Futures: “The concern in the Lords seems to be all about consumers and the irony is that the mainstream litigation funding industry really does not have any interest in investing in proceedings by consumers, least of all in the sorts of serious personal injury actions used as examples last night.

“We tried and failed to get consumer (or in FSA language, retail) funding excluded from the code, because it is clearly more suitable for statutory regulation along the lines of the consumer credit legislation.  Perhaps they will take us more seriously next time we ask?”

Peers also returned to concerns expressed during the last debate on Monday that aspects of the Jackson reforms – and particularly qualified one-way costs-shifting (QOCS) – will be introduced via the Civil Procedure Rule Committee with little involvement of Parliament.

Lord McNally said: “We need to get the details and the rules right to ensure that they are tailored properly in respect of the category of proceedings to which they apply. For example, in personal injury cases, it may well be that there should not be an initial financial test.

“However, the position is likely to be different for defamation, and perhaps for environmental cases too, which typically involve more than one claimant – sometimes many claimants.”

Highlighting uncertainty over whether words like “unreasonable” are suitable for use in QOCS, the minister added: “It is precisely for those reasons that we are not yet ready to crystallise in statute, and ring-fence away from development in rules, words which are more properly left to the rules, where they can follow detailed discussions with stakeholders.”

Lord McNally also promised to give further consideration to an amendment that would extend the availability of pro bono costs orders under section 194 of the Legal Services Act 2007 to Supreme Court cases.

Amendments are not usually pushed to a vote at the committee stage but can be during the report stage which follows.