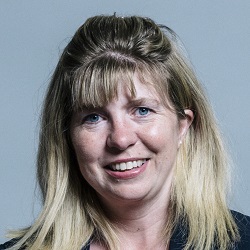 Caulfield: Proposals do not impede people’s access to justice

The government has finally published its proposals for fixed recoverable costs (FRC) in low-value clinical negligence cases, which it estimates will save £454m over 10 years.

The Department of Health & Social Care has largely followed the blueprint drafted by a Civil Justice Council (CJC) working party in 2019 to encourage pre-issue settlement – but, crucially, it has chosen the figures put forward by the defendant representatives on that group, rather than the claimant representatives.

Though the two sides agreed various process changes, they could not reach a consensus on the level of FRC and instead published their respective figures and left it to the government to resolve.

The consultation paper published today said: “It is our considered view that the costs proposed by the defendant group represent the most reasonable assessment of the work involved at each stage of the streamlined processes designed by the CJC, whilst protecting the access to justice of claimants and furthering the common goal of rapid resolution.”

Though the proposals would apply to claims arising from private healthcare too, of course the NHS is the primary defendant in clinical negligence and the difference between the figures the two sides proposed was significant.

For the standard-track process – from letter of claim to mandatory early neutral examination (MNE) – the government has put forward a fee of £6,000 plus 20% of the damages; the CJC claimants had recommended £8,000 plus 40%.

For the light-track claims – where liability is not in dispute– the proposed £2,000 plus 10% of damages contrasts with the £4,500 plus 30% suggested by the CJC claimants.

The new system would apply to cases that fall into the fast-track, although it would exclude claims requiring more than two liability experts, claims with “genuine” multiple defendants, claims involving stillbirths or neonatal deaths, and claims where limitation was at issue.

Protected parties would remain in the scheme, with a suggested additional bolt-on fee of £650.

No date of implementation is identified, but the new regime would apply to all claims made after then irrespective of when the injury occurred.

The standard track would begin pre-issue with a letter of claim detailing all the evidence, accompanied by an offer to settle.

The defendant would have to send a letter of response outlining their case and responding to the offer within six months, to which the claimant would have a right to reply. There would be sequential exchange of experts’ reports and witness statements.

If unsettled, there would then be a mandatory ‘stocktake’ enabling the parties to examine the strength of each other’s position and work towards settlement, with MNE – carried out by a barrister from an approved list – if the case has still not settled.

The parties would not have to accept the outcome of MNE, but there would be costs consequences for a party that pressed ahead to trial and failed to better the evaluation.

The light track would involve a similar but quicker process.

The consultation said claims adhering to the standard-track process would take a maximum of 44 weeks (308 days) to reach the MNE outcome, falling to 20 weeks for light-track cases (or 34 weeks for the small percentage of cases where further evidence was required).

Fast-track cases currently take an average of 475 days to resolve, their length having increased by nearly 50% in the last decade.

The process would be aided by template claim letters and model elements for expert reports.

Evaluators would be paid £2,000 where liability and quantum were in dispute, £1,500 for liability-only and £750 for quantum only – to encourage them to settle earlier, defendants would have to foot this bill if the evaluator found in favour of the claimant on liability or beat the defendant’s final offer on damages. In the reverse situation, evaluation costs would be shared equally.

A defendant’s failure to respond in time to the initial letter of claim would mean the case falling back into the court system, while there would be costs sanctions for missing other deadlines.

The Department of Health & Social Care said there would be a post-implementation review within five years which would also look at whether to extend FRC to the post-issue phase.

It added that, with the value of claims is rising faster than the volume, an increasingly large proportion of claims will fall outside the proposed scheme.

“To ensure this effect does not negate the benefits of our proposed FRC scheme and the proportion of claims included in it, we will review the £25,000 limit either as part of the wider post-implementation review stage or sooner, depending on how rapidly damages inflation has increased, with a view to preserving the proportion of overall claims included.

“The review would only consider an increase to the limit that reflects the rate of claim value inflation over the period in question. Thereafter, we will review the limit at regular intervals.”

An accompanying impact assessment estimated that up to 15% of claims – or up to 3,000 claims per year from 2022/23 onwards – may no longer start court proceedings as a result of the scheme.

It acknowledged too that the plan “could make small legal firms less able to compete with larger firms that have greater economies of scale and can provide services ‘en-masse’ more cheaply”.

Introducing the consultation, Maria Caulfield MP, minister for primary care and patient safety, said legal costs made up 27% of the total cost of clinical negligence “despite the number of claims remaining relatively stable in recent years”.

In 2020/21, the average legal costs recovered from the NHS by claimant lawyers was twice the average amount paid out in damages to claimants, for lower-value clinical negligence claims, she said.

“We have been mindful throughout that any FRC scheme we propose must be straightforward to understand and navigate, and workable and fair for claimants and defendants alike…

“We have also taken care to ensure our proposals do not impede people’s access to justice so that people harmed negligently can benefit from our proposed reforms.”