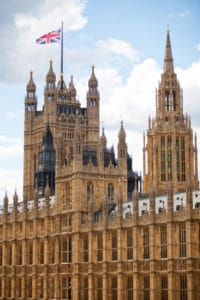 House of Lords: cold-calling issue may return at report stage

This was despite strong calls from several members of the House of Lords, including the Labour frontbench spokesman, for the government to broaden the provisions set out in the Financial Guidance and Claims Bill, under which the regulation of CMCs will be passed from the Claims Management Regulation Unit (CMRU) at the Ministry of Justice to the FCA.

The bill is at its committee stage in the Lords and both Liberal Democrat Lord Sharkey and Conservative Baroness Altmann put down amendments that cold-calling by CMCs should be banned. Peers from across the chamber backed them.

However, speaking for the government, Baroness Buscombe argued that legislating for a ban on cold-calling “at this stage is not the right thing to do”.

She argued that strengthening the regulation of claims management services by transferring it to the FCA “should reduce the number of unsolicited calls made by CMCs as they will have to comply with any additional rules that the FCA makes in relation to how CMCs obtain customers or pass their details on to others”.

She added: “The FCA will consider unsolicited approaches to consumers in the wider context of rules around advertising and marketing. It is too early for the FCA to have decided on specific rules for CMCs… It will consult on its proposals.”

Baroness Buscombe observed that “there are already measures in place to tackle unsolicited calls”, with restrictions enforced by the Information Commissioner’s Office.

“Since these regulations began, CMRU has taken enforcement action against 1,280 unauthorised CMCs. Moreover, in May this year, a company behind 99.5 million nuisance calls was fined a record £400,000 by the ICO. Action is being taken now and the FCA will introduce tougher regulation in this area.”

The Baroness sought to distinguish the plan to ban cold-calling for mortgages and pensions: “The government absolutely decided that cold colds in relation to, for example, pensions are a special case because the levels of consumer detriment are uniquely high…

Lord Sharkey described himself “wholly unconvinced by the disquisition on the fine differences between mortgages, pensions and cold calling for CMCs”.

Noting the “strong feeling” among his fellow peers, he withdrew the amendment but said he was “certain” that they would want to return to this issue during the bill’s report stage.

He said they would “close loopholes to ensure that control by regulation extends to all those with a financial interest in the damages and legal costs pursued in the name of injured claimants”.

For the government, Lord Young of Cookham agreed there were links between these issues and CMCs, “not least in terms of the impact they can have on the cost of insurance premiums and other fees for consumers”.

But he said credit hire and medical reports were separate from the issue of CMC regulation, while they were not considered by the Brady review that recommended the transfer of regulation to the FCA.

“They are important issues which are being considered through other government work, taking into account the broader context of the market. In both cases, CMCs are a very small part of the overall market.”

During the debate, the former Lord Chancellor, Lord Mackay of Clashfern, suggested that both credit hire and medical reporting organisations should be outlawed altogether.

Lord Hunt withdrew his amendment following an offer of a meeting with the government to discuss his concerns. “I have no hesitation in saying this problem will not go away and that we have to sort it out,” he concluded.

There was also an effort to extend the provision in the Bill that the FCA cap fees on financial services claims to include personal injury claims, with peers highlighting concerns about holiday sickness claims in particular.

However, Lord Young rejected this too, saying that unlike financial services CMCs, personal injury businesses do not deduct their fees from customers, recovering them instead from solicitors.

“In 2015-16, 95% of complaints about CMCs related to financial services claims; only 2% related to personal injury. However, I recognise that markets and business plans can change. That is why the Bill provides the FCA with a broad power to restrict fees across the range of claims management services it will regulate.

“It will be up to the FCA to decide whether to exercise this power, based on evidence about how the market is operating, so it could extend it to holiday sickness.”