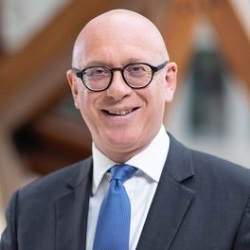 The small claims limit for all personal injury (PI) claims other than road traffic accidents will only rise to £1,500, rather than £2,000, and its introduction deferred, the government announced yesterday.

Meanwhile, it also emerged that the Lord Chief Justice, Lord Burnett, has urged the Ministry of Justice (MoJ) to review the controversial new tariff for whiplash injuries quicker than the three years it has proposed.

In a statement issued ahead of yesterday’s House of Lords debate on the whiplash regulations – putting in place the detail of the regime that will come into force on 31 May – justice minister Lord Wolfson of Tredegar said the small claims limit for all other PI claims would rise to £1,500 from April 2022.

This followed hearing the views of “a number of stakeholders, including from a wide range of representatives from across the insurance industry and the personal injury and trade union sectors”.

He went on: “Delivering this reform remains a key government priority but we believe that a more modest increase in the small claims track limit for non-RTA related claims is justified.

“Pausing its implementation for 12 months will enable greater focus to be placed on the commencement of the whiplash reforms… [and] provide affected stakeholders additional time to prepare for the increase in April next year.”

The Civil Liability Act 2018 required the MoJ to consult with the Lord Chief Justice over the whiplash tariff. His response has not been published, but in the debate Lord Wolfson quoted Lord Burnett as recognising the “material divergence” in the levels of damages between those proposed and those which are generally currently awarded.

At the same time, Lord Burnett acknowledged that the tariff figures were similar to those previously before Parliament during the debate on the Act.

Lord Wolfson said: “The Lord Chief Justice emphasised that the tariff was a ‘narrowly defined statutory derogation from the principle of full compensation through an assessment of damages by the courts’, but considered that it was not appropriate for him to suggest a change.

“He made it clear that he understood the government’s principles underpinning the uplift [the regulations allow judges to increase damages by 20% in exceptional circumstances], but expressed the view that he would prefer the judiciary to have greater discretion.”

The Lord Chief Justice also called for a review of the tariff earlier than the statutory three years.

Lord Wolfson said: “We do not know now whether we will have enough data in a year’s time to make an informed assessment, so I cannot commit to an early review, but we are open to the possibility…

“Having considered the points made by the Lord Chief Justice, we will not change our position on the tariff amounts or the judicial uplift of 20%, but we will undertake an analysis of the available data after a year with a view to considering whether an early review is appropriate.”

The minister reiterated the MoJ’s position that the tariff figures – bitterly attacked by claimant representatives – were “appropriate and give proper compensation where injuries are properly sustained”.

Former Lord Chief Justice Lord Thomas of Cwmgiedd and former Master of the Rolls Lord Etherton both called for a review of the operation of the new Official Injury Claim portal within a year as well, to ensure that litigants in person were navigating it properly.

Lord Wolfson expressed confidence that the system would “run well” once it was up and running.

He added: “We will review the data produced by the system and monitor it. We will discuss the operational performance of the portal on a regular basis with a user group that includes representatives of claimants and defendants, together with third-sector and consumer representatives.”

He did not answer Lord Thomas’s further question on what advice would be given when a person has to decide whether the offer made by the insurers was a fair one, and whether the third sector would be provided with funding to help litigants with this.

Peers were otherwise largely supportive of the reforms. Labour justice spokesman Lord Ponsonby said: “Tackling fraudulent whiplash claims to bring down motorists’ insurance premiums is a welcome step. However, these efforts must not be at the expense of access to justice for genuine claimants.

“On balance, we in the Labour Party support the intention of the regulations. However, we are concerned that they may lack clarity and there should be proper support for the inevitable rise of litigants in person.”

Several peers expressed concern that the reforms would lead to an explosion of additional claims for minor injuries not caught by the definition of whiplash – so-called mixed claims.

Conservative member Lord Naseby said: “I am deeply concerned about minor injuries claims. There is the potential here for a huge challenge of quasi-bogus claims from claims management companies and claimant lawyers.”

Lord Wolfson said they would be a matter for the courts: “We are confident that judicial expertise will address these matters on a case-by-case basis, but we will look vigilantly to ensure that the regulations are not undermined, whether by the claims management industry or otherwise, by people reordering their claims so that minor injuries become the main part of their claim.”

The regulations were approved by the House of Lords and will now be debated in the House of Commons tomorrow.