Government presses ahead with cold-calling ban despite criticism of approach 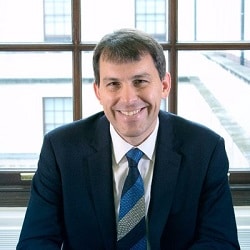 The government yesterday rejected criticism that its proposed ban on cold-calling did not go far enough and voted it into the Financial Guidance and Claims Bill.

Speaking during the bill’s committee stage in the House of Commons, John Glen, economic secretary to the Treasury, said the government was “convinced that the new clause will have the effect of making unwanted calls from claims management services unlawful”.

The government’s clause prohibits live unsolicited direct marketing telephone calls in relation to claims management activities, except where the recipient has given explicit consent to receiving such calls.

Mr Glen said it took the onus away from the individual to opt out of such calls being made to them—by signing up to the telephone preference service (TPS), for example—and “puts the responsibility back on the organisation and its due diligence before making such calls”.

The likes of the Association of Personal Injury Lawyers and Association of British Travel Agents said this would have little effect and instead supported an alternative, seemingly more extensive, ban put forward by Labour.

For Labour, Jack Dromey told the committee that the government’s provision would treat the telephone numbers of everyone cold called about claims management as if they were listed on the TPS register.

He said: “In 2017, the ICO [Information Commissioner’s Office] received 11,805 reports of unsolicited direct marketing calls about claims management from people already on the TPS register, in addition to reports of 17,112 calls and texts for which absence from the register was not deemed to represent consent.

“The government amendment will simply add more cases to the yearly total—28,917 in 2017—and will do little to stop the scourge of cold calling.”

He said Labour’s clause would make cold calling by claims management companies (CMCs) illegal and “would cut off the revenue stream to cold callers by preventing CMCs from using their data”.

He added: “Our strong view is that the time has come to send an unmistakeable message: a ban on cold calling, full stop.”

Labour MP Ellie Reeves put the ban in the context of the government’s whiplash reforms in the forthcoming Civil Liability Bill.

“The government say that that is to cut down on fraudulent claims and bring down insurance premiums. However, many, including myself, are concerned that it will have a significant impact on access to justice, with people not being able to access proper legal advice in such claims, which can often be complex.

“Surely a better solution would be to have an outright ban on cold calling in personal injury claims by claims management companies, which is what [the Labour amendment] seeks to do.”

Mr Glen said the problem with the Labour amendment was that it would give the Financial Conduct Authority – which under the bill is taking over regulation of CMCs – “a duty it cannot enforce under its current regime”. The government proposal would be enforced by the ICO.

He added: “I assure [Labour] that the government are committed to tackling the issue properly and have consulted with the FCA, the claims management regulation unit and the [ICO] to ensure that government new clause 6 does so in the most effective way.”

The committee voted on both clauses along party lines, meaning that the government got its way by nine votes to eight.